Upcoming News from The Citadel – April 2021 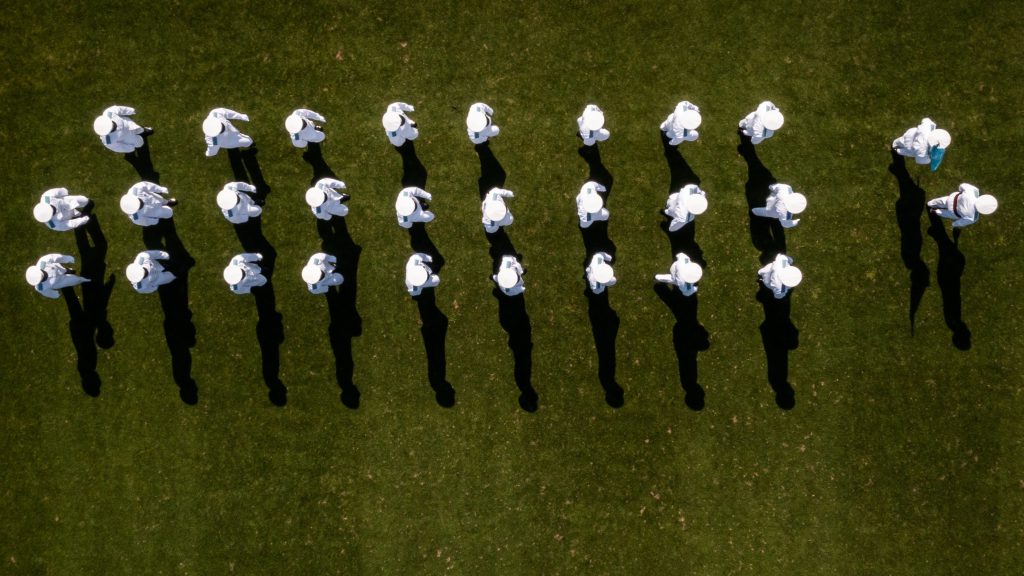 Earning prestigious scholarships — like the Rhodes or Knight-Hennessy Scholarships — can be life-changing events that open doors to future careers.

That’s one reason why The Citadel Distinguished Scholars Program (CPD) is hosting two information sessions — one for a Rhodes Scholarship and another for the Knight-Hennessy.

Former Rhodes Scholar Steve Harrison will tell his scholastic story, via Zoom, on Thursday, April 1 at 7 p.m. The Rhodes Scholarship is considered one of the most aspirational awards for scholars. Harrison, a graduate of the U.S. Air Force Academy, is a member of the CDP Advisory Board.

On April 15, Luke Anthony Peña, the Knight-Hennessy Director of Admission, will join the CDP to discuss Stanford University’s program to cultivate a diverse, multidisciplinary community of emerging leaders from around the world.

To attended the April 1 session for Rhodes Scholarships, click here.

To attended the April 15 for Knight-Hennessy Scholarships, click here.

For more information, please contact the CPD director, Earl Walker, Ph.D., at walkerw@citadel.edu or the administrator, Vanya Perez, at vperez@citadel.edu.

The Citadel’s Department of Intelligence and Security Studies is partnering with The Bush School of Government and Public Service, at Texas A&M University, to address new issues in intelligence.

The April 5 event will feature the following three presentations:

“The evolution of espionage in the 21st century: Teaching the next generation of counterintelligence professionals”

Presented by Avner Barnea, Ph.D., a research fellow with the National Security Studies Center at the University of Haifa.

Barnea is formerly a senior employee of the Israel Security Agency. He is also a senior lecturer at the Business School, the academic College of Netanya. Barnea is the author of We Did Not Anticipate That: Comparative Analysis of Intelligence FAilures in the National Field and in Business, set to publish in English in 2021.

The persistence of insider intelligence threats

Nelson served in the USAF from 1998 to 2019 with 15 years of service focused on federal law enforcement and counterintelligence. Some of his previous assignments include the regional program manager for USAF counterintelligence operations in Europe and Africa and as a supervisory special agent overseeing investigative support in the Pacific.

Final round of the 2021 Corps-Wide Speaking Competition

Every member of the South Carolina Corps of Cadets has a personal story to tell — and one of the annual traditions on campus gives them a chance to win money for speaking up.

Though the pandemic has limited the number of people who can listen to those stories, the final round of the 11th Annual Henry Dale Smith Corps-Wide Public Speaking Contest will held on Wednesday, April 7 at 2:15 p.m.

The seven finalists and their speech topics are:

Judges of the final round include the former director and namesake of The Citadel speaking lab, Patricia McArver, as well as WCSC-Live 5 reporter Carter Coyle.

To reserve a seat, contact Sean Fourney, Ph.D., at sfourney@citadel.edu.

The first-place winner will earn the title “Best Speaker in the Corps,” an award included in the college’s annual Commencement Week Awards Convocation, as well as a $500 prize. The second-place cadet will receive $300.

A professor of History at The Citadel will participate in a panel discussion, hosted by The College of Charleston Center for the Study of Slavery in Charleston, focused on universities’ efforts to address racism, inclusion and equality.

Felice Knight, Ph.D., will be part of a panel discussion titled “Truth-Telling at Other Universities” on Wednesday, April 7 at 5 p.m.

Topics Knight expects to cover include her work as the chair of the Universities Studying Slavery Committee and as chair of a subcommittee on the 2021 President’s Task Force in Race, Diversity and Inclusion.

Other speakers on the panel include:

The other panel in the session is “Restorative Responses by the Charleston Community” and will feature:

The Citadel and College of Charleston are co-hosting the Southeastern Immigration Studies Association’s annual conference, which will take place on April 7 – 10.

This year’s conference is titled “Immigration in Overlapping Pandemics: Racism, COVID and a Call for Systematic Change.”

This conference promises to bring together interdisciplinary perspectives from scholars, practitioners and community-based advocates to discuss pressing contemporary issues related to immigration in the Southeast.

The keynote address will be given by Laura Emiko Soltis, Ph.D., Director of Freedom University in Georgia.

The Citadel ROTC departments provide cadets with officer training during college to allow them to begin their military careers as officers after graduation. Through the departments, which include Air Force/Space Force ROTC, Army ROTC, Marines ROTC and Navy ROTC, The Citadel is one of the nation’s proven producers of top military leaders.

Annually, the departments nominate their finest cadets and active duty students for awards. This year’s more than 100 award recipients will be honored in a private ceremony on Thursday, April 8 in McAlister Field House.

Though the event will be closed due to COVID protocols, it will be live-streamed. A link will be posted here when it is available.

Citadel cadets will, virtually, go head-to-head with other cadets and students from the Service Academies and Senior Military Colleges during a competition series hosted by the National Security Agency (NSA).

The NSA cyber exercise — called NCX — is a year-round, education, training and exercise program. NCX culminates in an annual three-day cyber competition that challenges students at the U.S. Service Academies and Senior Military Colleges in near full-spectrum Cyber operations.

NCX helps prepare the nation’s next generation of cyber leaders and warriors in defending the Nation from an ever-increasing number of cyber threats. The winning school receives the coveted NCX trophy.

Additionally, all the participants will receive a certificate signed by Gen. Paul Nakasone, the director of the NSA and commander of United States Cyber Command.

Each spring at The Citadel, top cadets and students share their scholarship at the annual Student Excellence Day.

73 cadets and students will be presenting posters that represent the research they’ve conducted over the past year.

In addition to the research being presented, there will be food trucks and raffles.

Every year, The Citadel School of Engineering honors engineers who have lived a life consistent with the school’s mission, which is to educate and develop principled engineering leaders to serve a global community.

Annually, the School celebrates these inductees in a formal ceremony. However, due to the pandemic, last year’s ceremony had to be cancelled.

This year’s event will honor the four inductees from 2020 — including The Citadel President Gen. Glenn Walters, USMC (Ret.), ’79 — along with two members who will be inducted in to the Academy’s Class of 2021.

Star of the West competition

An annual, spring tradition at The Citadel is the competition to be named best-drilled cadet.

This year’s Star of the West competition will be held on Friday, April 16 on Summerall Field.

Earth Day panel on “Resilience in the 21st century: Exploring the social, economic and environmental aspects of climate change for Charleston”

Three members of The Citadel community will participate in a Charleston-area academic panel to celebrate Earth Day.

Mostafa Batouli, Ph.D., Scott Curtis, Ph.D., and Jay Goosby Smith, Ph.D., will virtually join speakers from the College of Charleston and the Medical University of South Carolina on Thursday, April 22.

The panel and discussions will focus on the need for, and understanding of, resilience across social, economic and environmental systems.

Questions addressed will include:

The event is intended for faculty, staff and students of the three institutions, but is open to the public as well.

Cancelled due to weather

The pandemic may have changed some elements but, one year after celebrating its 10th anniversary, Storm The Citadel is back.

The competition will challenge young competitors with science, math and engineering challenges as they design, build and test their trebuchets, or medieval-style catapults, as well as miniature bridges and water bottle rockets.

This year’s competition will be scaled down from earlier years, to allow for social distancing. Normally several thousand competitors, teachers, coaches and parents would attend; this year, however, fewer schools were allowed to register and there are limits on how many parents and teachers can attend.

Led by faculty and cadets from The Citadel, campers will use cutting-edge 3D technology, scientific analysis and military protocols to track down, rescue and protect important international cultural artifacts throughout history from WWII to modern-day in this hands-on interdisciplinary experience.

The camp will be taught on The Citadel campus. COVID protocols include mandatory masks for all students, counselors and faculty, reduced-size class capacity and frequent sanitization of the room.

The cost is $250 per week. Snacks will be provided, but students will need to bring lunch from home each day. A limited number of fee reduction waivers are available for Title I Schools.

For more information or questions about registration, please contact Ashley Andrews at 843-953-7121 or ashley.andrews@citadel.edu.