Remembering a titan of the engineering profession: Jack McCormac, Citadel Class of 1948 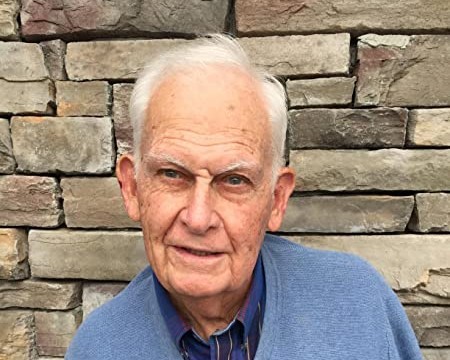 “We lost a titan of the engineering profession this summer. Professor Jack McCormac was a renowned alumnus from The Citadel School of Engineering and graduated as a veteran student with the Class of 1948, after his time as a cadet was interrupted by two years of service in the Army Air Corps.

Professor McCormac left an astounding legacy as a prolific engineering textbook author and gentleman scholar. In addition, he was Distinguished Professor of Civil Engineering, Emeritus, and a leader at Clemson University. During his career he accumulated a remarkable record of accomplishments and honors as a celebrated engineering educator, including being inducted into the inaugural Citadel Engineering Academy in 2013.

Professor McCormac will also be remembered as a generous benefactor to his alma mater. His legacy will live on through the Jack McCormac Class of 1948 Scholarship, American Society of Civil Engineers Student Competition Fund, and the enduring inspiration of his extraordinary contributions and kindness of heart.”

As seen in The State

He was predeceased by his wife, Mary Carlisle McMaster McCormac, his brother Duncan Leon McCormac, Jr., and his parents.

Professor McCormac graduated from Dreher High School in 1943 at 15. At The Citadel, he played on the golf team and served on the staff of The Civil Engineer. His time there was interrupted by two years in the Army Air Corps Weather Service, during which he rose from the rank of private to second lieutenant. Afterwards, he earned a B.S. from The Citadel in 1948 and an M.S. from MIT in 1949, both in Civil Engineering. In 1995, Clemson University honored him with a Doctor of Letters.

While teaching at Clemson for 36 years, Professor McCormac became a full professor, and published seven major texts in the areas of structural analysis, structural steel design, reinforced concrete design, and surveying. He became one of the foremost and most widely sold authors of engineering texts in the world. His textbooks remain in print today, have been adopted for use at over 500 colleges and universities around the world, and have been translated into many different languages.

Professor McCormac was a licensed Professional Engineer and Land Surveyor, and served on the South Carolina State Board of Registration for Engineers and Land Surveyors for ten years, chairing it for two years. He worked for four years in the Construction Division of E.I. DuPont de Nemours, Inc., at the Savannah River Plant. Professor McCormac graded national engineering licensing exams for many years, conducted research at the University of Edinburgh, and served for many years on The Citadel’s Civil Engineering Advisory Board.

Professor McCormac received multiple awards for outstanding educator of the year and for professional achievement. He was selected for membership in Chi Epsilon, Phi Kappa Phi, and Tau Beta Pi. Clemson named him Alumni Distinguished Professor of Civil Engineering and a member of the Thomas Green Clemson Academy of Engineers and Scientists, and awarded him with the Clemson University Board of Trustees Award for Faculty Excellence. He was also named to The Citadel Academy of Engineers. He received national awards from the American Institute of Steel Construction, the American Concrete Institute, and the American Society of Engineering Education, and received AT&T’s national award for excellence in engineering teaching. Professor McCormac felt particularly honored to have been awarded the ASCE’s LeTellier Cup for outstanding lifetime contribution to the profession of Civil Engineering.

In 1999, the Engineering News-Record listed Jack McCormac as one of the most outstanding 125 engineers and architects of the last 125 years, alongside Thomas Edison, Buckminster Fuller, Henry Kaiser, Frank Lloyd Wright, I.M. Pei, and Gustav Eiffel, among others.

Professor McCormac was humbled by awards, always saying that he wrote textbooks for his own classrooms to try to make engineering more interesting and understandable. He was passionate about teaching, and he delighted in the success of his students. He was a demanding teacher, expecting a high standard of work, but he strove to communicate and motivate, and was always willing to help students outside of the classroom. Consistently, he urged students to answer the call to adopt “lifelong self-instruction.”

Following retirement from Clemson as a professor emeritus, Professor McCormac continued to read and study. For 63 years, he was a member of Clemson United Methodist Church, where he often led Sunday school lessons based on hours of study and preparation. At 82, he wrote the first of what became a series of murder mysteries, eventually publishing seven “Sketching Detective” books.

“Happy Jack” liked few things better than being outdoors (except maybe family and ice cream, but not necessarily in that order). He began playing golf when he was about six, and played regularly until only a few months before his death. He loved playing tennis, hiking, swimming, fishing, fossil hunting, building stone walls, and “trailing after [his] beloved wife Mary on her many antiquing trips.” 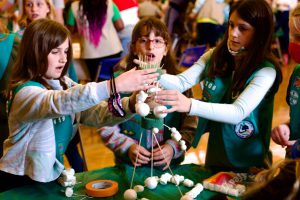 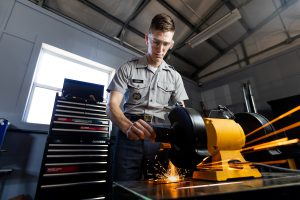