The Citadel, VMI Corps of Cadets led by women 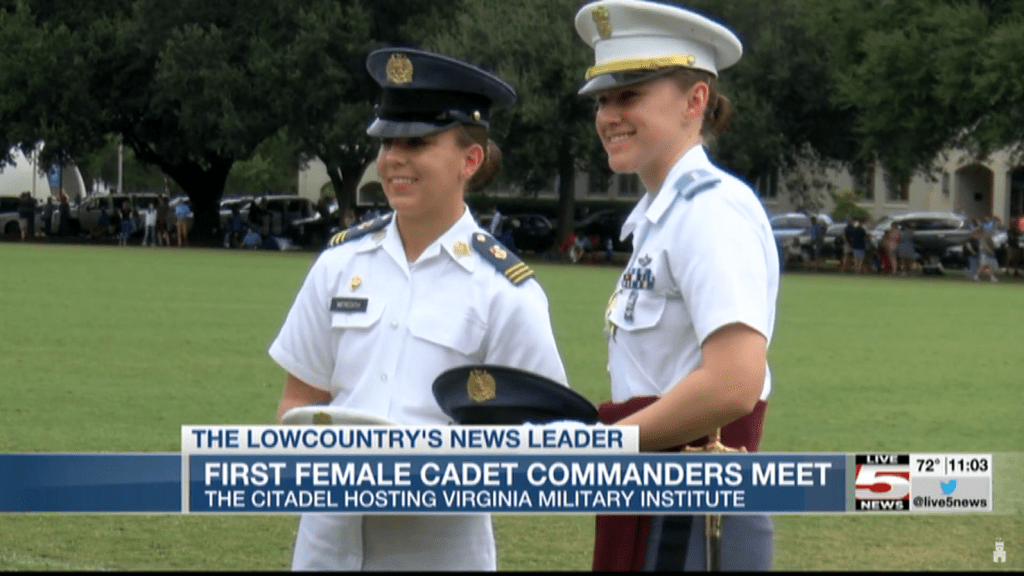 As seen on WCSC – Live 5 News, by Emilie Zuhowski

Attendees of The Citadel’s military review parade on Saturday were witnesses to tradition and a history-making moment.

For the first time in history, the regimental commanders of the Corps of Cadets from both The Citadel and the Virginia Military Institute are women.

Cadet Colonel Kathryn Christmas is the second woman to command the South Carolina Corps of Cadets at the Citadel.

Christmas was greeted at the parade by Cadet First Captain Kasey Meredith, the first woman in VMI’s history to serve as regimental commander. The two exchanged hats.

“You kinda feel a special bond between each other,” Christmas said.

The regimental commanders are responsible for the success and well-being of all cadets in their Corps. The Citadel has approximately 2,300 cadets, while VMI has about 1,700.

“For all the young ladies out there, when they see two regimental commanders, they can now view themself with that success,” The Citadel President Gen. Glenn Walters said.

“I think it’s a big jump for both of the schools being that most are predominately male,” Hime said. “So, I think it’s a big step forward and it’s really inspiring to other females like myself and the classes to come.”

Christmas says she thinks she can help Meredith and her school become acquainted with women in leadership positions. 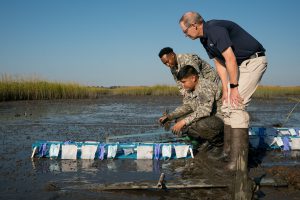