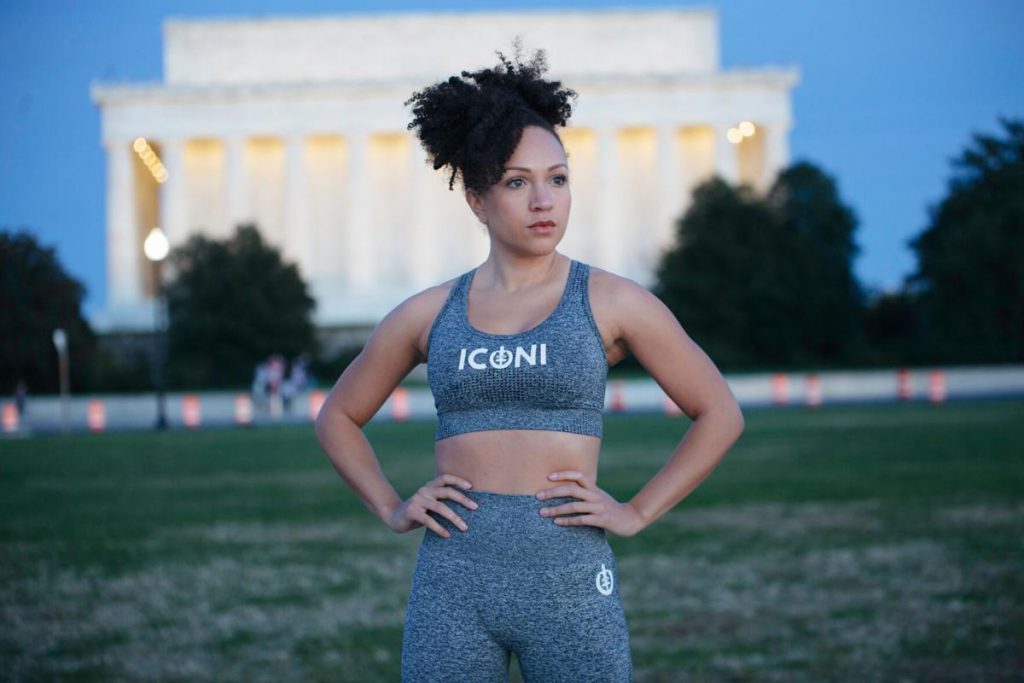 As seen in The Post & Courier
by Warren L. Wise

A Charleston native tired of spending money on what she felt were expensive but subpar gym clothes recently launched a new activewear line for women.

“I work out a lot because of my job, and I want to stay in shape,” said Johnson, a 2013 graduate of The Citadel who grew up in Hanahan. “The things I was buying had high price tags, but they were not up to par, and I was tired of spending tons of money on activewear.”

Late one night in 2019 while on duty at Buckley Air Force Base in the Denver suburb of Aurora, she turned to a fellow airman and said, “I’m going to start my own activewear line.”

The airman responded, “OK, but it’s one o’clock in the morning.”

The next day Johnson told her friends about her idea and immediately began doing as much research as possible on materials for workout clothes for women.

Using her concentration in African American history in undergraduate studies, she wanted to incorporate an African angle in the name.

She came across a town called Iconi on the Comoro Islands off the east coast of Africa and decided on the brand, with the acronym standing for: “I can overcome. Nothing’s impossible.”

In October 2019, she launched her business and expected her first shipment later that month from Hong Kong, but communications issues came into play and by the end of the year, the coronavirus pandemic was starting to affect logistics.

Turning to a variety of Asian countries for production, she received her first items in January. They included a white sleeveless shirt with an open back, red leggings and a red sports bra.

She now offers about 30 different clothing items that are workout-related, priced from $25 to $50.

“When they arrive, I have different people test them to make sure no matter what size they are, they won’t be see-through,” Johnson said.

Her offerings, made of materials such as nylon, spandex and polyester blends, have a motivational edge, and some feature slogans such as “Embrace your power.”