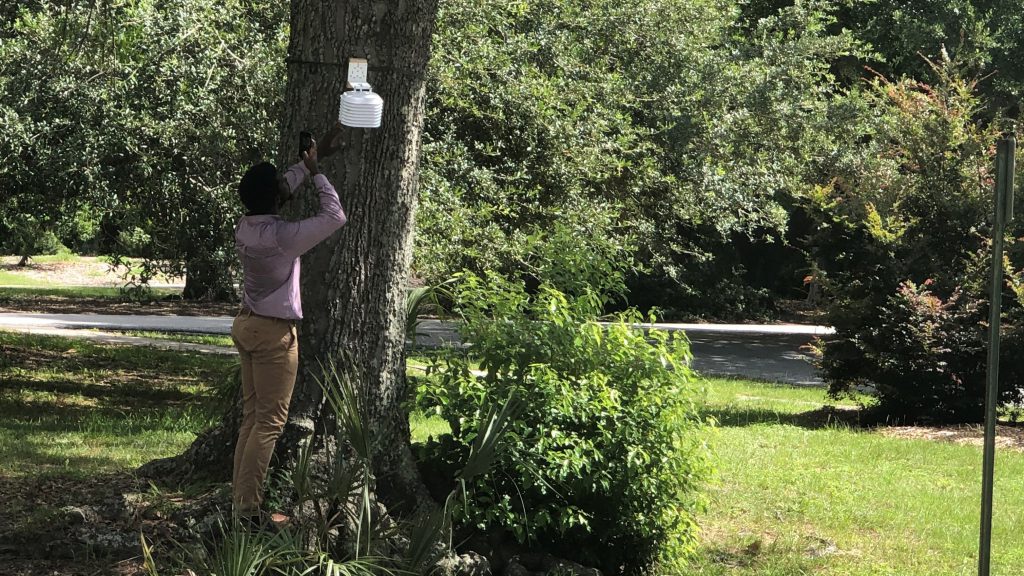 An unusual summer is not stopping undergraduate research at The Citadel

Research is an integral part of learning at institutions of higher education. Usually, a select number of cadets and students would remain on campus throughout the summer to work as paid researchers in their areas of interest.

However, with the campus closed, much of the research moved online — but continued, all the same.

This summer’s projects are focused on topics such as preventing spear phishing cyber-attacks, how street trees help cool Charleston, ways to determine human-trafficking hot spots, the migration and evolution of seagrape trees and more.

The undergraduate researchers began their projects after being selected for the Summer Undergraduate Research Experience (SURE). The program provides stipends to the cadets and students, allowing them to be entirely focused on their research. Many of the projects are being extended through the fall semester, with extra time needed due to work limitations resulting from the pandemic.

Here are some of the SURE projects underway:

Tracking coastal tree migration and the genetic effects of hurricanes

Cadets Ben Scott, Logan Dix and Derek Webster — led by Biology professor Danny Gustafson, Ph.D. — are researching how a tropical plant spread throughout the Caribbean basin and what affect hurricanes may have had on the plant’s evolution.

Coccoloba uvifera (the scientific name for seagrapes) can be found in southern Florida, the Caribbean, Trinidad and Tobago, and more. The research is based in biogeography — the study of how a species spreads over time to different locations.

The plant grows along the edge of the beach, where it often bears the brunt of hurricanes. The research also looks at how those hurricanes may have affected the genetics, by looking at samples that come from areas with different levels of historical tropical activity.

The cadets have traced the genetic variances in the plants’ chloroplast, based on location. They helped with DNA extraction, Polymerase chain reactions (or rapidly multiplying the DNA samples for study), and sequencing. The next step is learning how to use software that helps interpret that data.

“The data given through DNA is so massive, it’s nearly impossible for humans alone to understand,” said Scott. “That’s where computers come in. BEAST2 is open-source software for Bayesian Evolutionary Analysis. This means there is an entire community working together from around the world to develop software for phylogenetic analysis of molecular sequences, and it’s free to use.”

Scott says the software has also been used to understand the global migration of viruses, such as influenza and, now, COVID-19.

He’s been learning how to use the software, and will use the program to map how the plant spread out across the Caribbean Basin.

Gustafson has been working on this research for a few years. “My productive undergraduate research laboratory is driven by our exceptional biology students,” he said.

The research was presented at the 2019 SURF Conference and The Citadel’s Student Excellence Day; the abstract was accepted by the Association of Southeastern Biologists.

Exploring the cooling effects of street trees in Charleston

Between the heat and the humidity, a Charleston summer can feel almost unbearable. But part of what makes the city beautiful may also make it feel a little more tolerable.

Cadet Anthony Sands, along with Civil and Environmental Engineering professor Nandan Shetty, Ph.D., are researching the possible cooling, environmental effects from the trees that line the city streets – effects on all of Charleston, beyond just the relief of standing in the shade.

They are receiving data from remote sensors they placed in trees on three different samples — on an oak tree, a crape myrtle and, as a control, a light pole.

“The sensors that we installed measure temperature and relative humidity,” said Shetty. “Temperature and humidity can be used to calculate a heat index, the measure of how hot it actually feels.”

They hope to expand the project to include twelve sensors on the south side of Hampton Park.

For Sands, the project means more than just scientific exploration.

“I became interested in doing research primarily to get an experience of what graduate school would look like,” he said. “I am thoroughly interested in environmental engineering, and quantifying the effects of street trees is a step further in the direction of where I want to be.”

At the end of the project, Sands and Shetty plan to submit their research abstract to the American Society for Engineering Education-Southeast.

Diversity in the nursing industry

One of the SURE projects combines two of the most important issues of 2020 — the importance of healthcare workers and the national need for expanded diversity and inclusion.

Cadet Mya Dollard, along with Amy Joseph, Ph.D., head of The Swain Department of Nursing at The Citadel, are focused on both of those issues.

“Our project looks into the different barriers that racial minorities face starting in at the middle and high school levels that may limit them from successfully pursuing careers in STEM fields, like nursing” said Dollard. “We are looking to find ways to help underrepresented minorities succeed early on. This increases diversity in these professions.”

Dollard is conducting a literary review, reading scholarly articles about ways to improve racial diversity. She works to find the best ideas in the research, and then she and Joseph meet virtually each week to go over the findings.

“We hope to write a grant to fund a new program, designed to increase the number of minority students who enter college, seeking health-related degrees,” said Joseph. “This has been something that I have wanted to work on for years and having Mya to help me has really motivated me.”

The team recently wrote a letter for their potential grant donors, and hope to have the grant written by the end of the year.

Other SURE projects include: