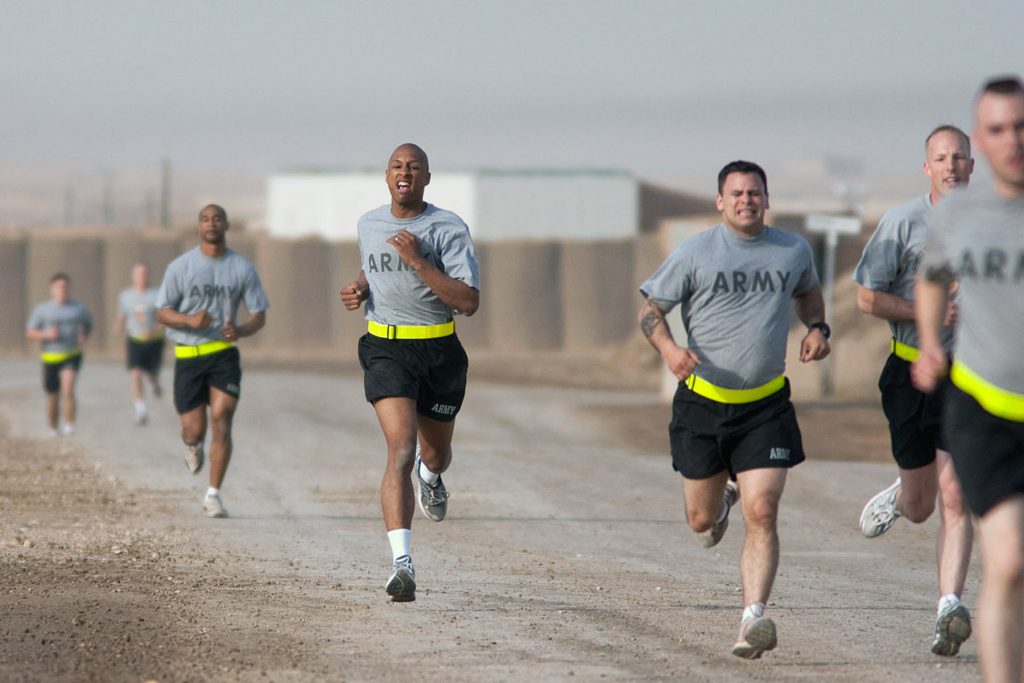 As seen in Newsweek, by Scott McDonald

A recent study shows the health of young adults from 10 southern states a hindrance to the United States Army, and a subsequent national security crisis.

In a report released by The Citadel, the Army has seen an overall increase of overweight recruits who can’t pass entry-level physical fitness tests.

The results of the study coincides with the Army’s decision to raise the level of a recruit’s fitness and combat readiness, prompting the military to release a website to get future soldiers ready in advance of their basic training.

The Citadel conducted the survey this year with the U.S. Army Public Health Center and the American Heart Association and determined that overweight military recruits has led to more training injuries and an overhaul with a preemptive training process.

According to the study, the states of Texas, Louisiana, Mississippi, Alabama, Florida, Georgia, Tennessee, Arkansas, South Carolina, and North Carolina have the worst fitness and cardio levels for incoming recruits.

Eduardo Sanchez, the chief medical officer for prevention and chief of the Center for Health Metrics and Evaluation for the American Heart Association, said geography and local education systems play a role in shaping these young adults.

“All children deserve to live, learn and play in places where their health can thrive,” Sanchez said “This study underscores the importance of physical education in schools and emphasizes our responsibility to build communities with parks, bike lanes, and safe routes to school. This must be done — not just for our children’s hearts and brains — but for our national security.”

The report says that 27 percent of potential enlistees aged 17 to 24 are too obese, or overweight, to qualify for military service. Furthermore, the study reveals that 47 percent of men and 59 percent of women fail the Army’s entry-level training test.

The Army now will play a proactive role to get recruits ready in advance of basic training rather than be reactive and get them ready once they check on the base and get a bag full of gear.

The website the armed services branch launched includes training tutorials and videos that will prep soldiers for the Army Combat Fitness Test (ACFT). The site includes initiatives from the Army for improving soldier and unit readiness, to transform the Army’s fitness culture, reduce preventable injuries and to enhance mental toughness.

The ACFT site details each event with fitness components, its standard equipment and how the field test is evaluated. At the end of each exercise, it shows how those events correspond to combat readiness.

“If you can’t get in shape in 24 months, then maybe you should hit the road,” Army Chief of Staff Gen. Mark Milley said last month in Military.com.

The decision of the Army to up its physical fitness requirements comes alongside a time when so many recruits are coming in not prepared for the rigors.

“While commanding in combat, I saw the effect training-related injuries had on mission accomplishment,” Lt. Gen. Mark Hertling, a former commander of U.S. Army Europe, told the Citadel. “In basic training, the number of unfit recruits forced changes to our physical training procedures and dining menus. [The] study provides critical insight into the real national security issues posed by recruits who are less physically fit and less prepared for military service than they have ever been in our history.”

The Army began a field trial of the ACFT in October this year with master fitness trainers at select units. The ACFT will go through two more trial phases before it becomes the Army’s physical test of record no later than October 2020.

Daniel Bornstein, Ph.D., who conducted the research and authored the report referenced in this Newsweek article, is an assistant professor in The Citadel Department of Health and Human Performance. He began working at The Citadel in 2013 after completing his Ph.D. in Exercise Science from the University of South Carolina.

He is currently leading a series of research studies investigating the impacts of physical inactivity and low physical fitness on military readiness and national security.

Bornstein recently announced the release of a new book he co-authored, Physical Activity and Public Health Practice. The book will be available for purchase in January 2019. It written to help people design, deliver and evaluate physical activity interventions in order to improve fitness, health and security of the nation.

Learn about more of The Citadel’s faculty experts here. 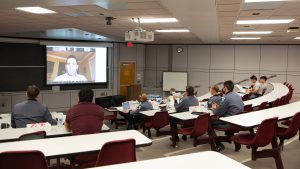 From the Corps of Cadets to a clinical calling; alumni share their scholastic successes