Upcoming News from The Citadel – September 2021 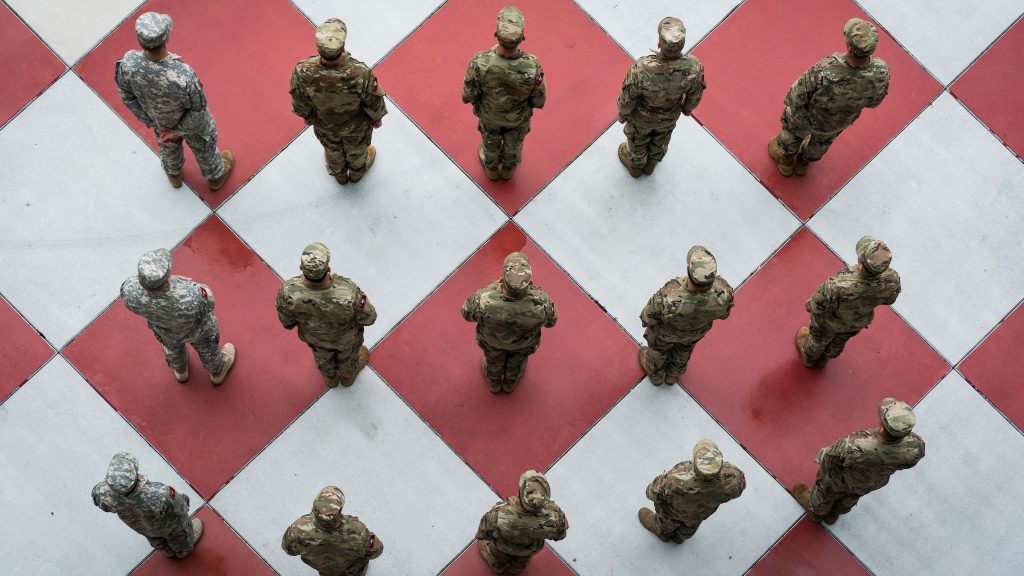 Note: All events below are conditions-based as pandemic continues. Changes will be noted here.

The Citadel Department of Public Safety will be conducting a promotion ceremony for two of its staff members.

After a year-long hiatus due to the pandemic, The Citadel will hold its first military dress parade on Friday, Sept. 3 at 3:45 p.m.

During the parade, the winners of the President’s and Summerall Cup will be announced.

The tradition of parading troops can be traced back to the time of Alexander the Great, and the South Carolina Corps of Cadets’ Friday afternoon dress parades reflect those drill procedures and movements of the past.

For more information, or to view the fall 2021 parade schedule, please visit the Parade Schedule webpage.

The second military dress parade of the year will honor those cadets and students who were named to the President’s List or who earned gold stars for superior academic performance.

The President’s List is one of the most distinguished cadet awards presented by The Citadel. It indicates excellence in academics and military duties.

Gold stars are awarded to cadets and students who have earned a grade point ratio of 3.7 or higher.

Michael Varnadore, The Citadel Carillonist, will perform In Memoriam by John Courter on the Thomas Dry Howie Carillion at The Citadel on Saturday Sept. 11. The Carillon is located near Summerall Chapel and close to The Citadel War Memorial.

This musical piece will be replayed several times on 9-11 to coordinate with scheduled memorial activities on campus that day.

The Thomas Dry Howie Carillon at The Citadel is one of the largest in the country.

A columbarium is located on the first floor of the tower. The playing cabin is on the third floor. This houses the Clavier, which is used to manually play the bells. Above the third floor is the Belfry, which is accessible via a set of stairs and holds the 59 tuned bells.

In addition to traditional Homecoming activates, the School of Humanities and Social Sciences (SHSS) — with support from the Fine Arts program — will exhibit a fragment of steel from the World Trade Center.

The SHSS received the fragment in 2013; it was displayed in the lobby of Capers Hall until it was relocated for the building’s demolition.

Students and a faculty member from the Clinical Counseling program at The Citadel are raising funds for the Lowcountry Food Bank.

On the team’s donation page they say: “One of our educational values is to fight for equitable resources and opportunities for all. We have decided to take part in the walk for hunger as one way of doing this.”

The work started as part of a social justice project for a multicultural counseling course held over the summer. Now, some students from that class — and their professor, Crystal Hank, Psy.D. — are getting ready to participate in a walk against hunger on Sunday, Sept. 19.

The group has already raised $750 for the Food Bank, and they are still collecting donations.

For more information, or to make a donation, click here.

With national Constitution Day approaching on Sept. 17, the college continues to reinforce the importance of constitutional learning. The Citadel School of Humanities and Social Sciences is sponsoring two events. Both are free and open to everyone, facemasks required.

The first is at 7 p.m. on Tuesday, Sept. 21. It will be a public reading of the Constitution involving volunteers from across campus and the community; those wishing to volunteer should contact Professor Scott Segrest at ssegrest@citadel.edu. It will be followed by a discussion led by a professor of Political Science.

The event will take place in Bond Hall, 165. There is free parking on campus. A virtual campus map is here.

The second event, from 7 – 9 p.m. on Sept. 23, will feature a constitutional expert, Prof. Richard Garnett, JD. He is the Paul J. Schierl/Fort Howard Corporation Professor of Law and Concurrent Professor of Political Science at the University of Notre Dame, where he is also the founding director of the Program on Church, State & Society.

The event on Sept. 23 will be held in the Altman Center, which is the building at the end of the football stadium facing Fishburne St. The address is 68C Hagood Ave., and there is complimentary parking just outside of the building.

Both events are sponsored by the School of Humanities with generous support from the Henry and Jenny Johnson Endowment for Historical Studies.

The exhibit will be on display Tuesday-Saturday, from 10 a.m. until 5 p.m, until it closes on Sept. 10.This is sponsored by The Citadel Oral History program.

Ecos combines the power of art and storytelling to assert a more accurate and humane understanding of immigration.

Visitors to the exhibition have the opportunity to listen to each audio story and read its transcription as they view the artwork inspired by it.

This Citadel Oral History program initiative has been made possible through the support of the Gaylord and Dorothy Donnelley Foundation and was coordinated in partnership with Palmetto Luna Arts.