The Class of 2025 reports to campus 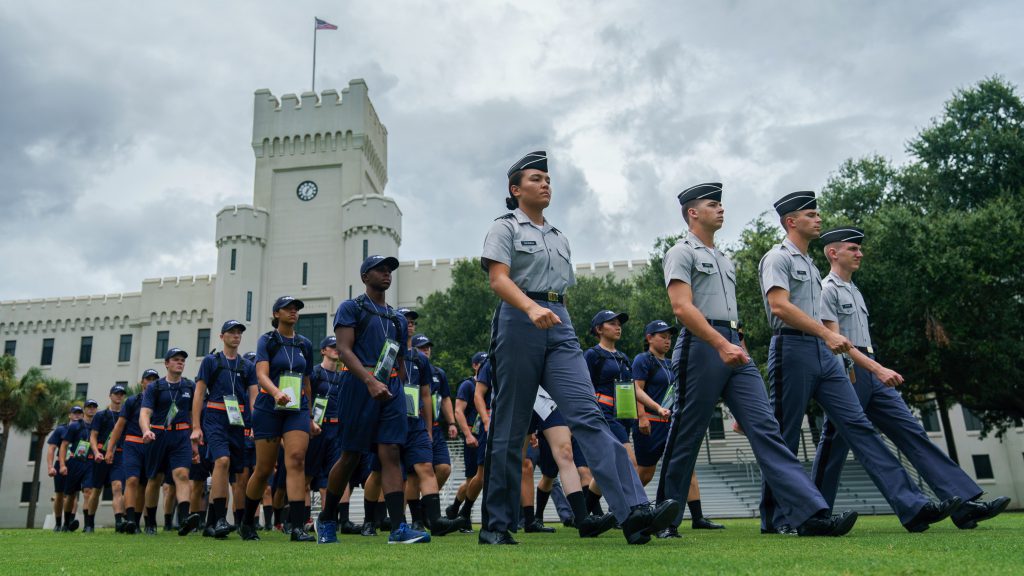 The Citadel is welcoming the nearly 700 cadet-recruits who comprise the Class of 2025.

Starting at 7 a.m., the new cadet-recruits began their Citadel journey, coming to campus from 39 states and 10 countries.

After receiving their room assignments and physical training uniforms, the cadet-recruits visited Mark Clark Hall, where they got haircuts, their mailbox keys and were fitted for dress uniforms. They also visited the cadet store to get necessary equipment.

Throughout the day, they began to learn important facts about The Citadel and the South Carolina Corps of Cadets, as well as how to march.

“When I arrived at my Matriculation Day, I was shaky, I was nervous, I was overwhelmed — I just didn’t know what was going to happen. So I tried to go into it with an open mind,” said Cadet Kathryn Christmas, Regimental Commander for the Corps of Cadets. “I always tried to look forward to the next small thing and gain little victories before I could finish the whole thing.”

Before the start of classes on August 25, the knobs will complete Challenge Week — when they are introduced to the Fourth-Class System and receive rapid military training, learning how to wear their uniforms, drill, clean their rooms and barracks, and become familiar with the campus.

Additionally, on Monday at 5:30 p.m., the knobs will stand, as a class, on Summerall Field and take an oath pledging to abide by the college’s core values of honor, duty and respect as future members of the South Carolina Corps of Cadets.

The freshmen Oath Ceremony will be livestreamed on Facebook.

The remainder of the upperclassmen cadets will return to campus by August 22.