“Remember, the journey does not stop here. In fact, it is just the beginning.” 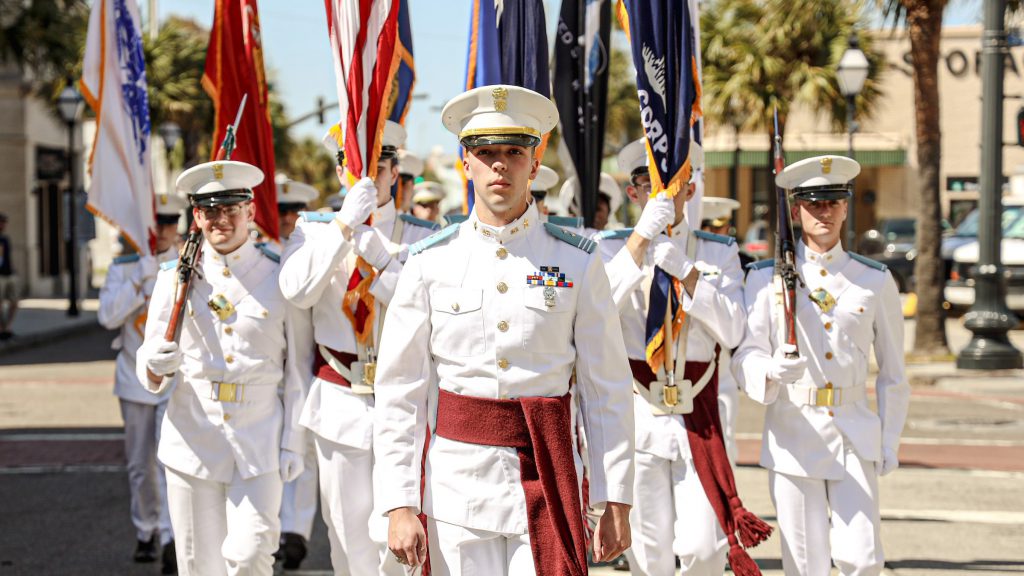 Looking back at Recognition Day 2022

Having completed the challenges of the fourth-class system, members of the Class of 2025 now begin a new phase of their journey through The Citadel’s four-year system of leadership development.

Before the soon-to-be sophomores could learn to be leaders in the Corps of Cadets, first they had to learn to be followers.

That journey, which began on Matriculation Day in the middle of August, finally came to an end Friday, March 25 — when they were recognized by their peers.

After completing the Gauntlet, a series of grueling, physical exercises, a run through campus and their class set, 100 pushups plus the number of their class year — 125 for the Class of 2025 — Regimental Commander Cadet Col. Kathryn Christmas announced the end of the fourth-class system.

The day after being recognized, the freshmen cadets formed up on campus, left through Lesesne Gate as a group and marched to Marion Square, the site of the original Citadel campus, where they renewed their cadet oath.

The march, which is traditionally an important milestone in the life of a cadet, held an even greater significance this year — due to previous COVID restrictions, this was the first time since 2019 that the march was possible.

Each year, Recognition Day is scheduled to coincide with the campus’s Corps Day celebrations. This year, The Citadel marked the 179th birthday of the South Carolina Corps of Cadets.

Throughout the rest of their freshman year, the newly recognized cadets will be preparing to become leaders — and to train the next generation — when they return for their sophomore year.