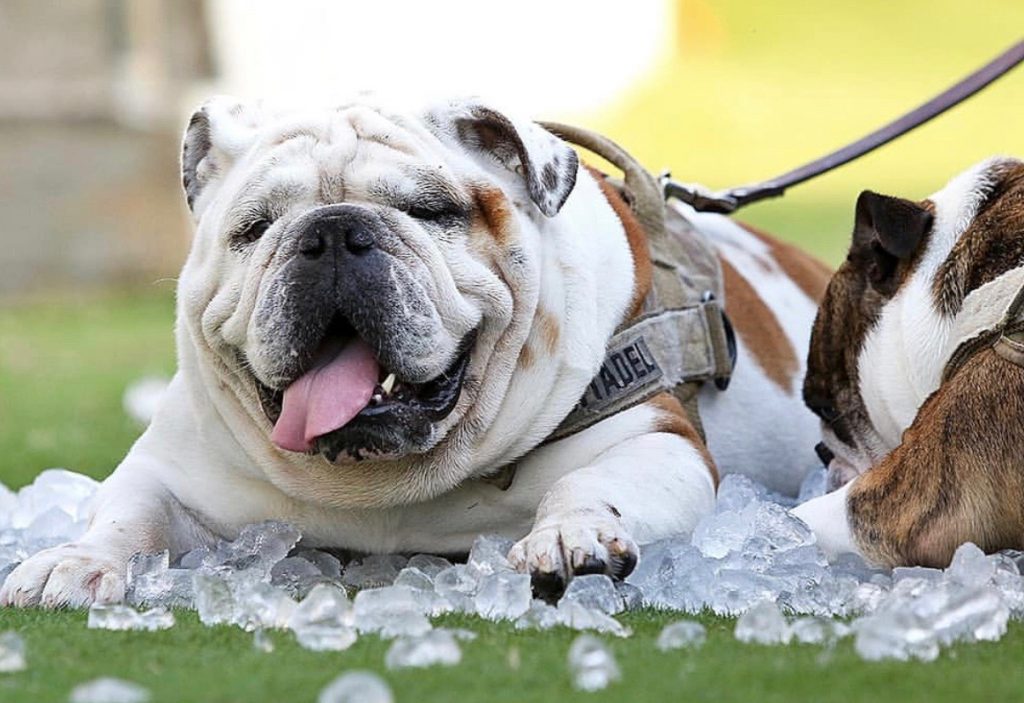 The South Carolina Corps of Cadets will pay tribute to General Robert P. Carson, also called General or G2, at the Homecoming game against Mercer.

Before the game, cadet mascot handlers will be with Boo, General co-mascot, at The Citadel Bulldog Mascot Memorial, on the northern side of Johnson Hagood Stadium. Boo will be there to interact with fans.

Additionally, there will be various other tributes to General during the game.

The Bulldogs will play Mercer on Saturday, Oct. 26 at 2 p.m. in Johnson Hagood Stadium. For a more detailed Homecoming schedule, click here.

General was 8 years old when he passed away quietly in September. He loved going to football games, and was known to stand facing the corner of his back yard fence, pointing his nose to the direction of the stadium, early on Bulldogs’ home football game days.