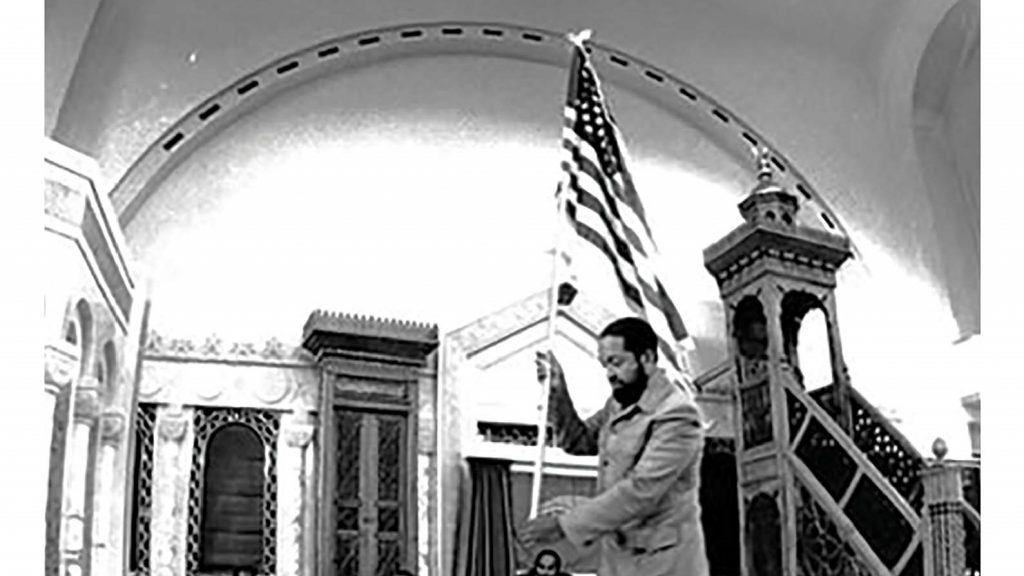 Update: Dr. Muhammad Fraser-Rahim will discuss his book America’s Other Muslims with CNN senior national security analyst Peter Bergen at an event Feb. 4 in Washington, D.C. Information about the New America program event can be found here. The discussion can be followed on Twitter using #OtherMuslims and by following @NewAmericaISP.

He’s an expert on violent extremism, with areas of specialty in transnational terrorist movements, counter-terrorism, Islamic intellectual history and contemporary theology in the Muslim world and African affairs. Now, Muhammad Fraser-Rahim, Ph.D., is shifting direction slightly, in a new book he describes as being about average American Muslims.

A native Charlestonian, Fraser-Rahim splits his time between The Citadel where he serves as a professor of Intelligence and Security Studies, and Washington, D.C., where he instructed for The Citadel in D.C. program, and serves as Executive Director, North America for Quilliam International, the world’s oldest counter-extremist organization. Fraser-Rahim’s work with Quilliam and his research and writing about violent extremism have made him a highly sought after speaker and media contributor. MSNBC, CNN, Al Arabiyya, Al Jazeera, Fox News, BBC, France 24 and NPR are some of the national and international news outlets on which he has been featured.

Fraser-Rahim publishes frequently, and was a co-author on Understanding Terrorism in Africa: A Primer. His new book, America’s Other Muslims: Imam W.D. Mohammed, Islamic Reform, and the Making of American Islam, released January 31, 2020, is something of a change in focus for Fraser-Rahim as he explores the oldest Muslim community in America.

“America is unique among Western democracies in that it is the only country in which a sizable percentage of its Muslims are native-born converts of African descent,” Fraser-Rahim explains. “This group has flourished as part of the American experiment. First Amendment guarantees of freedom of speech and religion provided the foundation for the African-American Muslim community’s establishment and resilience over time.”

Fraser-Rahim spotlights the emergence of an American school of Islamic thought, lead by American Muslim Revivalist, Imam W.D. Mohammed, who is known for his contributions to the intellectual, spiritual and philosophical thought of American Muslims.

“Mohammed’s interpretations of Islam were not only American – they were also modern and responded to global trends in Islamic thought.”

America’s Other Muslims: Imam W.D. Mohammed, Islamic Reform, and the Making of American Islam will be available for purchase through Amazon or the publisher, Roman & Littlefield.