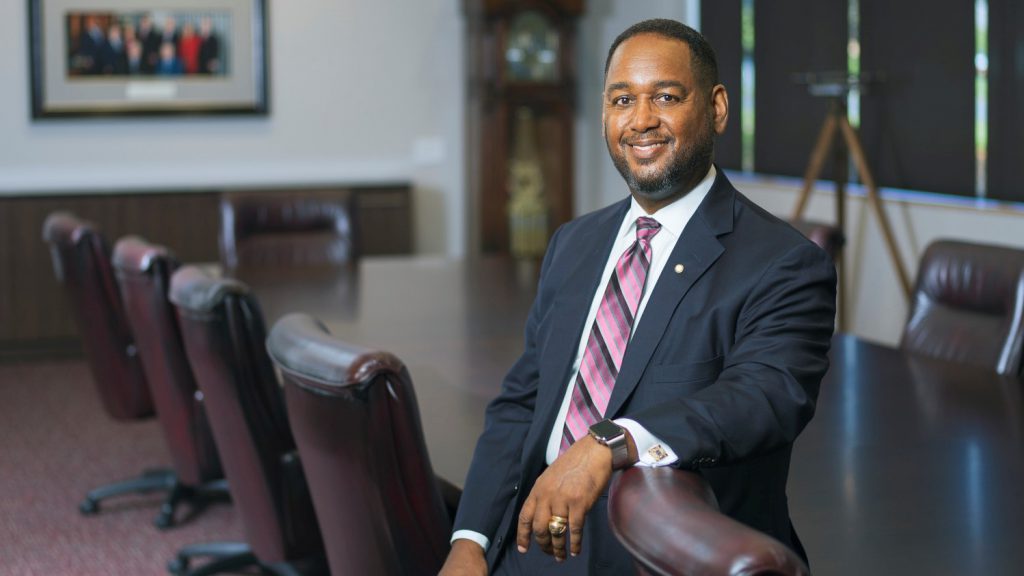 Note: Larry Melton Jr., a member of The Citadel Class of 1984, graduated with a Bachelor of Science in Civil Engineering.

Dewberry, a privately held professional services firm, announces that effective March 8, 2021, Larry L. Melton, Jr., PMP, has been named vice chair of the Dewberry Board of Directors. Melton was appointed to the board in 2019 and has been serving as an independent member.

In this new role, Melton will work with Executive Chairman Barry K. Dewberry in the administration of the board’s responsibilities to the firm’s stakeholders, including the owners, employees, clients, and the communities the company serves. Melton will also be a member of the board’s executive committee.

“Larry has added much to our organization since joining the board in 2019,” says Executive Chairman Barry K. Dewberry. “I value the direct and constructive feedback he delivers and his great ideas. We look forward to further integrating him in this new role.”

“It has been an absolute pleasure being a part of this team, and I’m honored to take on this new assignment,” says Melton. “I look forward to working with the leadership of Dewberry to expand their presence in new market segments throughout the country and helping them build on their exceptional reputation for providing innovative solutions to their clients.”

Prior to joining Dewberry’s board of directors, Melton spent more than 20 years with Bechtel, where he was a principal vice president and served as design-build project director for the Edmonton Valley Line Light Rail Transit project in Alberta, Canada; and project executive director for the Dulles Corridor Metrorail–Phase 1 in Northern Virginia.

Melton served as an officer in the U.S. Marine Corps, where he led Marine units in extended deployments throughout Asia, the Middle East, and South America. He holds a Master of Business Administration in global management (2005) from the University of Phoenix and a Bachelor of Science in civil engineering (1984) from The Citadel, The Military College of South Carolina.

Melton is a member of the Project Management Institute, American Society of Civil Engineers, Conference of Minority Transportation Officials, and The Moles, a prestigious fraternal organization of the heavy civil construction industry. In addition to his professional affiliations, Melton works extensively with non-profit organizations that provide support to veterans and children with disabilities. He is also a life member of Omega Psi Phi Fraternity, Inc.