In case you missed it: Team Eubanks edges Team Rainey in ‘most fun’ Citadel spring game 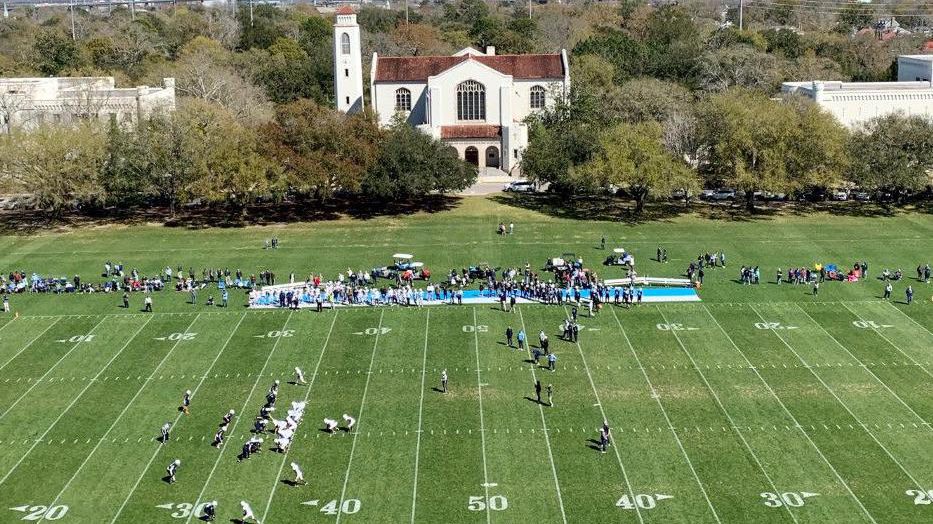 On a failed fourth-down attempt, Brandon Rainey smashed a clipboard across his knee.

“Coaching is stressful,” The Citadel’s starting quarterback said as he clutched the broken clipboard after the Bulldogs’ spring football game on Saturday.

Rainey and linebacker Willie Eubanks learned a little about those stresses as they served as the head coaches of the Navy and White teams for the game, held on the parade deck in the center of the military school’s campus.

Eubanks’ White team edged Rainey’s Navy team by 13-12 in a game played under XFL rules. Citadel fans sat up chairs around Summerall Field to watch the game, and head coach Brent Thompson played sideline reporter, interviewing Eubanks at halftime. The XFL even sent a representative to observe the unique format.

“Most fun I’ve ever had during a spring game,” Thompson told the team afterward.

Rainey and Eubanks, the Southern Conference defensive player of the year, were among eight starters who did not play in the game, along with their fellow player-coaches, receiver Raleigh Webb and tackle Prince Howard-Whitaker. But that left plenty of snaps for the other players on each of the two 36-man teams.

“It was good to see our younger guys play extremely hard and have fun out there,” Thompson said. “Being able to get our younger guys this many reps, we needed every single body out there on both sides of the ball. So those guys were getting valuable reps that will be important in the fall.”

Among those younger players was redshirt freshman quarterback Cooper Wallace, who led Team Eubanks to the come-from-behind win.

Team Rainey mounted a comeback behind quarterback Jaylan Adams, a redshirt sophomore who was moved over from defensive back this spring. Adams hit slotback Dante Smith for a long pass, then broke free for a 32-yard TD run with 45 seconds left to pull his team to within 13-12.

Using XFL rules for extra points, Team Rainey opted for a 2-point try from the 5-yard line. Adams dropped to pass, but linebacker Anthony Britton blitzed up the middle on for a game-clinching sack.

Team Rainey’s first TD came after a fumble by Team Eubanks deep in its own territory. Adams executed a neat fake and kept the ball for an 8-yard score and a 6-0 lead.

“Our defense was able to make some big plays, and Brad Peery was in the backfield a lot of the day,” Thompson said. “But Clay ran very hard, and so did Cooper Wallace. I thought Coop was the difference for the white team, but Jaylan made it interesting at the end.”

The last word belonged to the winning coach, whose team earned the right to skip a morning workout this summer, according to Thompson.

“Coaching is very challenging,” Eubanks said. “It’s different from being a player. As a player, your emotions are really in it, trying to get a win. It’s the same for a coach, but different emotions. I wish I could have played.”

Among other starters held out were defensive tackle Dalton Owens and linebacker Marquise Blount. Receiver Ryan McCarthy and defensive back Lane Botkin missed spring practice this year while playing with the baseball team.