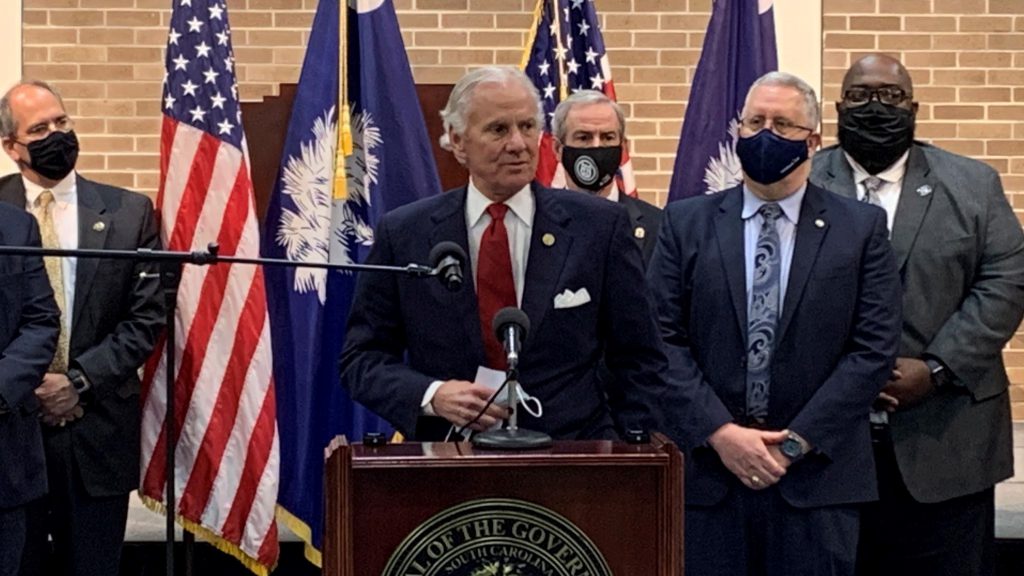 As seen in Greenville Business Magazine, by David Dykes

Note: Robert Woods graduated from The Citadel in 1988 with a Bachelor’s Degree in History and was awarded gold stars in every semester he attended.

“Nobody is better suited to lead the South Carolina Department of Public Safety than Mr. Woods,” McMaster said. “His proven ability to lead and solve complex problems through innovative policy decisions and public outreach will continue to serve South Carolina well and will help the agency maintain its status as one of the finest law enforcement agencies in the country.”

Before being named acting director at SCDPS, Woods oversaw the Highway Patrol’s administrative support section as a Highway Patrol major.

Before that, he served as commander of the Highway Patrol Emergency Traffic Management Unit.

Woods is a 1988 graduate of The Citadel and holds a master’s degree in human relations and conflict management from Columbia College. He is also a graduate of the South Carolina Criminal Justice Academy Leadership Institute and holds a certified public manager credential.

“Serving as director of SCDPS was something I would have never imagined during my time with the South Carolina Highway Patrol but serving this department and my state in an interim director capacity has truly been one of the greatest privileges of my career,” Woods said. “My primary goal has been to stabilize the department and break down any barriers leading to inefficiencies so that our personnel are energized and excited about their jobs and the challenge of serving this state’s citizens with excellence.”

“The SC Department of Public Safety cannot be the DPS of 20 years ago. We must take advantage of technology, equipment and training to ensure the safety of our law enforcement and in turn the safety of the citizens and visitors to our state,” Woods said. “We must provide our law enforcement and civilian support personnel with sound training and empower our employees to lead as we tackle the challenges of 21st century policing.”

The governor’s nomination is subject to Senate approval.

Woods, 54, is a resident of Lexington County and is married with five children.

AlumniDepartment of HistoryIn the NewsSouth Carolina Corps of Cadets