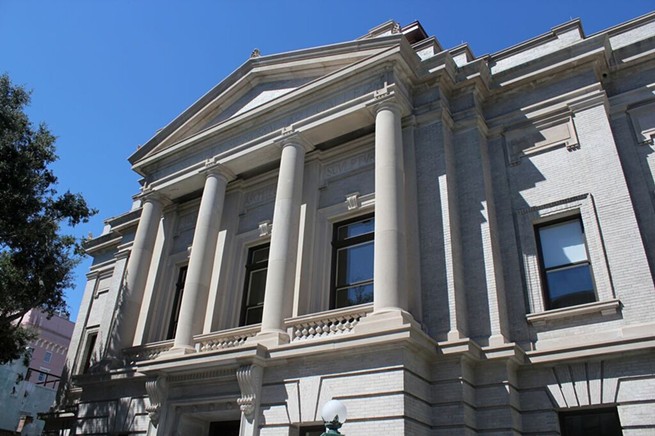 As seen in the Charleston City Paper, by Connelly Hardaway

Yesterday the Gibbes Museum of Art released the Citadel School of Business Administration’s study that reveals the Gibbes‘ economic impact on the tri-county area following a two-year, $17 million renovation.

In 2014 the Gibbes closed to the public for massive renovations, reopening in May, 2016. According to this latest study, attendance has increased 113 percent since the reopening.

In a press release the Gibbes reports, “The total impact includes both the economic impact of the Gibbes’ expenditures as defined by its annual budget and the result of the ancillary economic effect of its patrons in the time before and after their visit to the museum.”

Here are some of the important takeaways from the study, which is broken up into three parts examining: admission price, influence on art, and the economic impact of the museum on Charleston.

A social media study conducted by the Citadel School of Business found that the majority of those polled, 30.11 percent, would be willing to pay between $5-$10 for admission to a local art museum. While 27.84 percent of those polled would be willing to pay between $10-$15. The study concludes that the Gibbes’ decision to raise its admission price to $15 was “appropriate.”

The study evaluated, to the best of its ability, the Gibbes’ influence on art. The study suggests that because of its “prestigious reputation in the city of Charleston,” the Gibbes lends increased value to works of art it displays. The study adds, though, that “an art piece would need to be followed from before being displayed at the Gibbes through to sale after that display” to see if its value increased after being displayed at the museum.

This figure is comprised of direct, indirect, and induced impacts. For example, a direct impact is measured by dollars spent by the Gibbes and its patrons on goods and services from new computers at the museum to a dinner at Husk after a stroll through the exhibits; an indirect impact is the cost of resources to deliver that good, i.e. the heirloom tomatoes from a local farm that are served at Husk; an induced impact comes from the “additional economic activity” that results from buying more heirloom tomatoes, thus offering farm staff additional income to spend in their local economy.