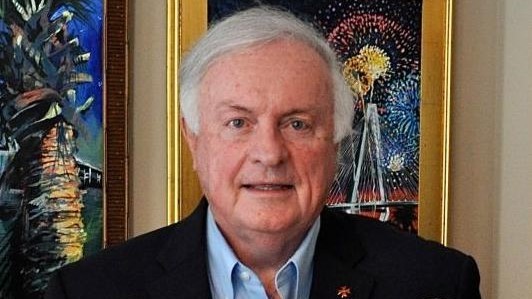 As seen in The Post and Courier, by Thomas Dewey Wise

The core values of The Citadel are honor, duty and respect. Unfortunately, state Sen. Stephen Goldfinch Jr., a 2004 graduate, exhibited none of those values recently when he publicly harassed and bullied Board of Visitors Chairman Fred Price into resigning.

As a Citadel graduate who served as a state senator from Charleston for 12 years and a member of the Citadel Board of Visitors for eight years, I find the whole situation extremely troubling.

Underpinning South Carolina’s three branches of government are thousands of local men and women who serve on boards and commissions overseeing the daily operations of school boards, state commissions and state boards, without which state government could not operate. These selfless men and women serve largely without pay, devote countless hours to the task and frequently go unrecognized.

Fred Price is one of those who serve in this capacity. Fred is a successful businessman from Columbia and a 1975 graduate of The Citadel. He certainly did not need a job, especially one that required a lot of time and did not pay anything. Those who know him appreciate the fact that he is a true gentleman who devoted countless hours sharing his business knowledge and advice for the benefit of the state and The Citadel. Testimony to his reputation lies in the fact that he was unopposed for reelection to the Board of Visitors.

I understand from my service under three different Citadel presidents that there can be differences of opinion between board members, alumni and the administration. These differences are debated internally, and once decided, everyone moves forward in a united fashion. This is very important for an institution of higher education such as The Citadel because of national accreditation requirements. Having individual politicians harass and bully individual board members on internal policy matters is unheard of. It’s a disturbing development.

The issue is not whether it is correct to move cadets among the cadet companies through a “sophomore shuffle” to achieve leadership goals. Nor is it about the Confederate Naval Jack, whose removal is currently against state law. The issue is: Do Sen. Goldfinch’s crude tactics create a chilling effect on getting good, competent citizens to serve on these important boards? Chairman Price chose to resign rather than endure the harassing tactics of a disgruntled politician. Knowing the possible fate that awaits them if they vote in opposition to Sen. Goldfinch’s wishes, who in their right mind would step forward in the future to serve in this important position? Sen. Goldfinch has done his school and the state of South Carolina a great disservice.

College and university accreditation agencies will be looking carefully at this case. Is The Citadel going to be managed by an independent board and administration or by the changing whims of individual, local politicians?

For the sake of encouraging and attracting good men and women to serve on these critical boards and commissions, the tactics and micromanaging involvement of Sen. Goldfinch should be condemned by everyone.

AlumniIn the NewsSouth Carolina Corps of CadetsThe Citadel Board of Visitors