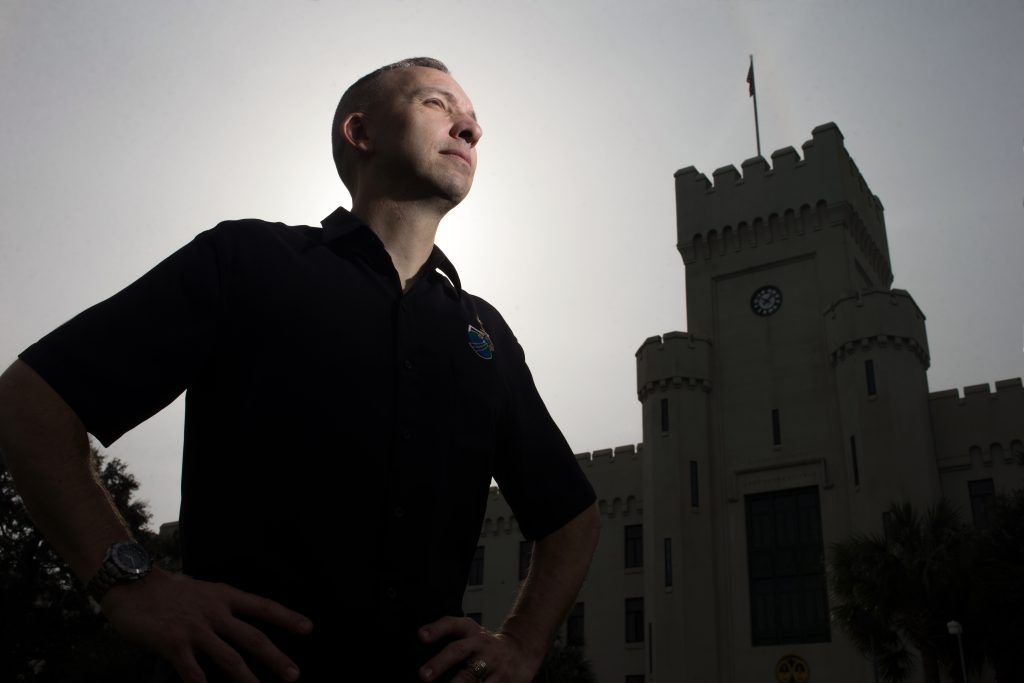 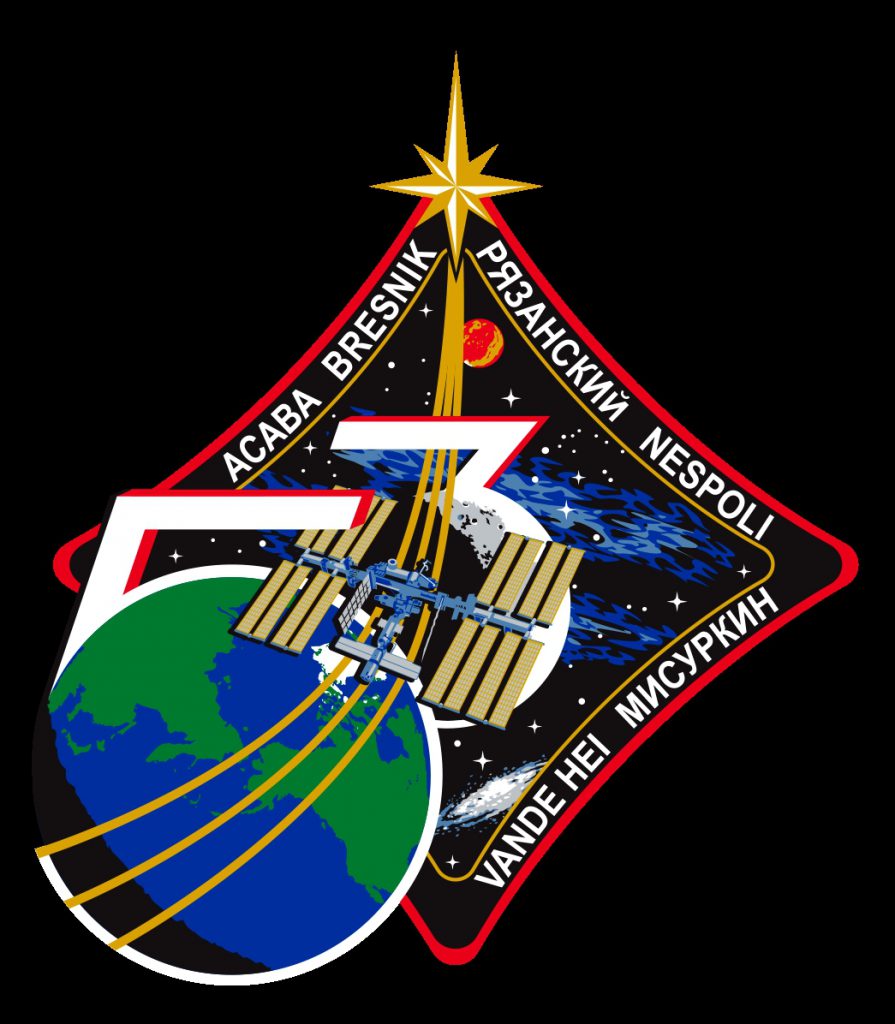 Veteran NASA astronaut, Col. Randy Bresnik, USMC (Ret.), is one of The Citadel’s most visible principled leaders in the history of the college. The 1989 alumnus will serve as flight engineer July 28 on a mission to the International Space Station (ISS). He and two crewmates will launch to the ISS from Russia on the Russian Soyuz MS-05 at the estimated time of 11:41 a.m. EDT. While on the ISS, Bresnik will assume command  of the ISS when the operation transitions to Expedition 53.

Learn more about this venerable leader and his work, as well as The Citadel’s other space-related STEM initiatives below. 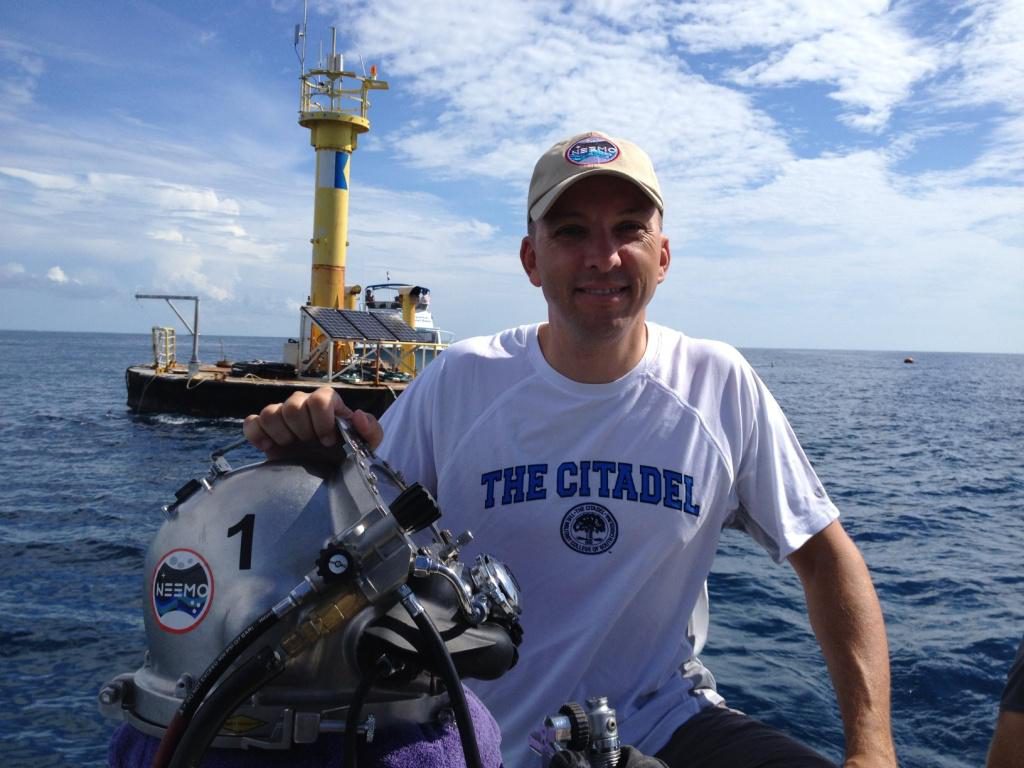 Randolph James “Komrade” Bresnik is a NASA astronaut and a former U.S. Marine Corps aviator. He was born in Ft. Knox, Kentucky, on Sept. 11, 1967, but considers Santa Monica, California where he graduated from high school, to be his hometown.

In college, Bresnik studied mathematics while a member of The South Carolina Corps of Cadets at The Citadel in Charleston, South Carolina. He attended on a U.S. Marine Corps scholarship, was a Dean’s List and Gold Star student, and received several Citadel and President’s scholarships.

He graduated in 1989, and commissioned as an officer into the Marine Corps. While a Marine, Bresnik earned a Master of Science in Aviation Systems from the University of Tennessee in 2002, and graduated from the Air War College in 2008.

In May of 2004, Bresnik was among the elite few to be selected out of approximately
4,000 applicants to become one of the 11 members of NASA’s Astronaut Class 9. He completed his astronaut candidate training in February 2006, becoming the first graduate of The Citadel to have the opportunity to fly in space.

Some of Brenik’s primary NASA assignments have included the following: 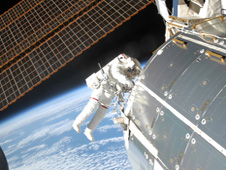 Bresnik is married to Rebecca Burgin, who was originally from Pompton Plains, New Jersey. They have a son, Wyatt, and a daughter Abigail Mae who was born while Bresnik was on orbit during the STS-129 mission to the International Space Station (ISS) in 2009.

In May 1989, Bresnik received his commission as a second lieutenant in the U.S. Marine Corps from the Naval Reserve Officer Training Corps at The Citadel. After graduation he attended the Basic School and Infantry Officers Course at Marine Corps Base Quantico, Virginia. Following aviation indoctrination and primary flight training in Pensacola, Florida, he entered intermediate and advanced flight training in Beeville, Texas, and was designated a naval aviator in 1992.

Bresnik was selected for the U.S. Naval Test Pilot School (USNTPS) at NAS Patuxent River, Maryland, and began the course in January 1999. After graduation in December 1999, he was assigned as an F/A-18 test pilot/project officer at VX-23, the Naval Strike Aircraft Test Squadron. While at Strike, Bresnik flew the F/A-18 A-D and F/A-18 E/F in all manners of flight test.

In January 2001, he returned to the USNTPS as a Fixed-Wing and Systems Flight Instructor, where he instructed in the F/A-18, T-38 Talon, and T-2 Buckeye. Bresnik returned to NSATS in January 2002 to continue flight test on the F/A-18 A-F as the Platform/Project Coordinator.

In November 2002, he reported to Marine Aircraft Group 11 (MAG-11) as the future operations officer. In January 2003, MAG-11 deployed to Ahmed Al Jaber Air Base, Kuwait. From Al Jaber, he flew combat missions in the F/A-18 with VMFA(AW)-225 in support of Operation Southern Watch and Operation Iraqi Freedom. Bresnik was the operations officer of VMFA-232 when he was selected for the astronaut program.

Watch for the space station in the sky at night and log your sighting with NASA here at https://spotthestation.nasa.gov/sightings/.

Follow #CitadelSpaceStar, NASA and others related to Expeditions 52 & 53 to the International Space Station on social media here: 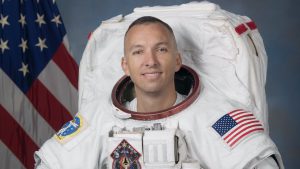