January 7, 2019 Engineering Featured In The News 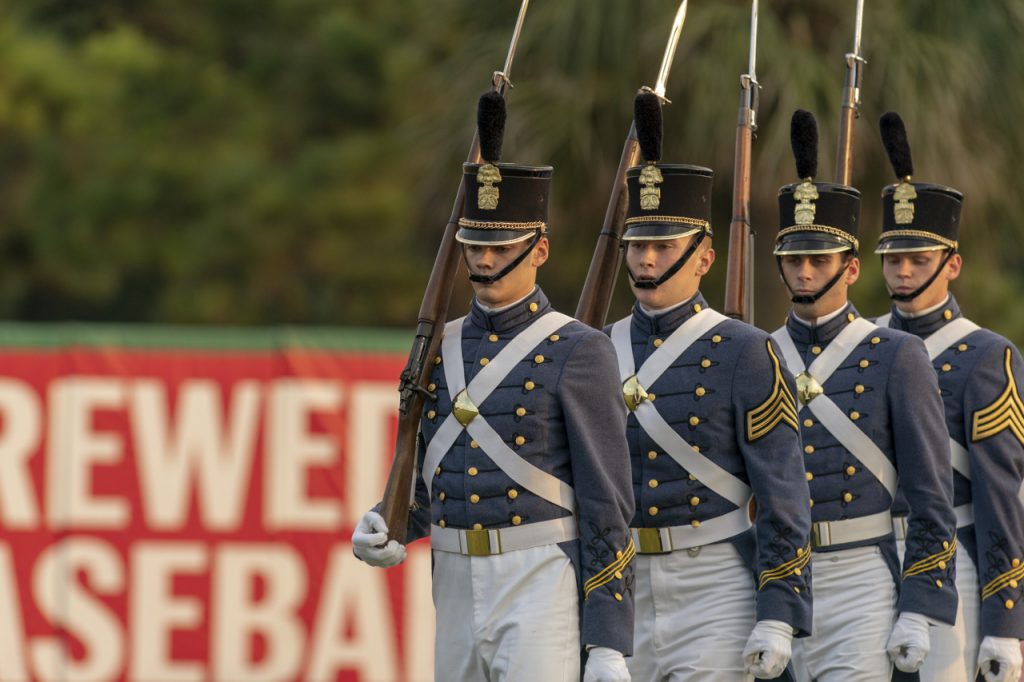 Early in his Citadel career, Matthew Wilder received some words of wisdom.

“I don’t remember who it was but someone told me to take every opportunity that you can,” said Wilder, a Citadel senior and company commander in the Corps of Cadets. “So I just decided to say yes to everything.”

That “say yes” philosophy, paired with a driving work ethic, has propelled Wilder, an electrical engineering major from Apex, N.C., to a No. 2 ranking on the national order of merit list for ROTC cadets.

It’s the second year in a row that a Citadel cadet has achieved a top 10 ranking on the prestigious list, which is prepared annually by the U.S. Army Cadet Command. Last year, 2018 graduate Robert Weigand was No. 7 on the list.

The order of merit ranking is based on grade-point average, performance on the Army physical fitness test, college athletic participation and performance during ROTC training and the advanced ROTC camp at Fort Knox, Kentucky.

“Cadet Wilder is among the very best and we are fortunate to have him in the S.C. Corps of Cadets. This is a major accomplishment and a testament to The Citadel’s outstanding Army ROTC program,” said Col. John Cyrulik, U.S. Army, professor of Military Science at The Citadel.

Set to graduate in May of 2019, Wilder will commission in the Army as second lieutenant and engineer officer. He’s especially interested in combat engineering, and his high ranking on the order of merit will help him receive his assignment of choice in the Army.

“It’s an honor, but we’re all going to get our gold bars and we’ll all going to be lieutenants,” he said. “Nobody loses in this situation. Being No. 2 only guarantees that I’ll get the job I want, and it helps me with getting my first duty station.”

“We get to act as guerrillas and take part in the experience with Special Forces and seeing what they are all about,” he said. “That got me hooked on saying yes to everything I can get.”

Wilder also is a member of The Citadel’s Summerall Guards, the elite military drill unit. That experience, he said, “pushes you to your limits physically and mentally.”

The Citadel’s Palmetto Battalion is one of the largest Army ROTC programs in the nation, with 471 Army ROTC cadets on campus. Some 112 of them are seniors expected to accept commissions to become Army officers after graduation, just like Wilder.

“One reason I came to The Citadel was that I wanted to get after it,” said Wilder, who also had scholarship offers from Virginia Tech and Appalachian State. “I just wanted to work, and it’s easy to work hard when you are here, surrounded by people who also want to work.”

Department of Electrical and Computer EngineeringSouth Carolina Corps of Cadets