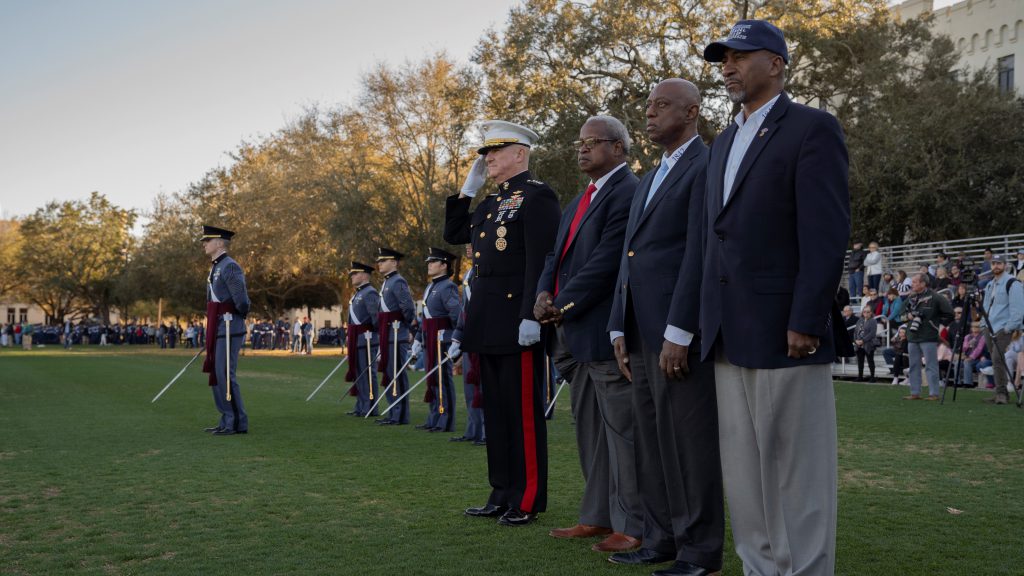 It’s been 50 years since Charles Foster made history as the first African American graduate of The Citadel. Today, his legacy was honored with a parade on Summerall Field.

Foster’s brother William was in attendance. He describes Charles as a tenacious individual with a good heart.

“He loved a challenge,” says Foster. “He wouldn’t take no, he’d keep trying things until he got it right.”

Charles’s perserverance set the tone for diversity at The Citadel. Five decades later; his legacy is continues to show.

Bruce Alexander is the President of The Citadel African American Alumni Association. He explained the magnitude of Charles deciding to matriculate in 1966.

“During that time, that was humongous. We just didn’t have that kind of bravery. It took great courage to walk through those gates,” says Alexander.

Many say that the school has come a long way over the years; specifically in the diversity of the student population. Moving forward, The Citadel wants to continue working on making the school as inclusive as possible.