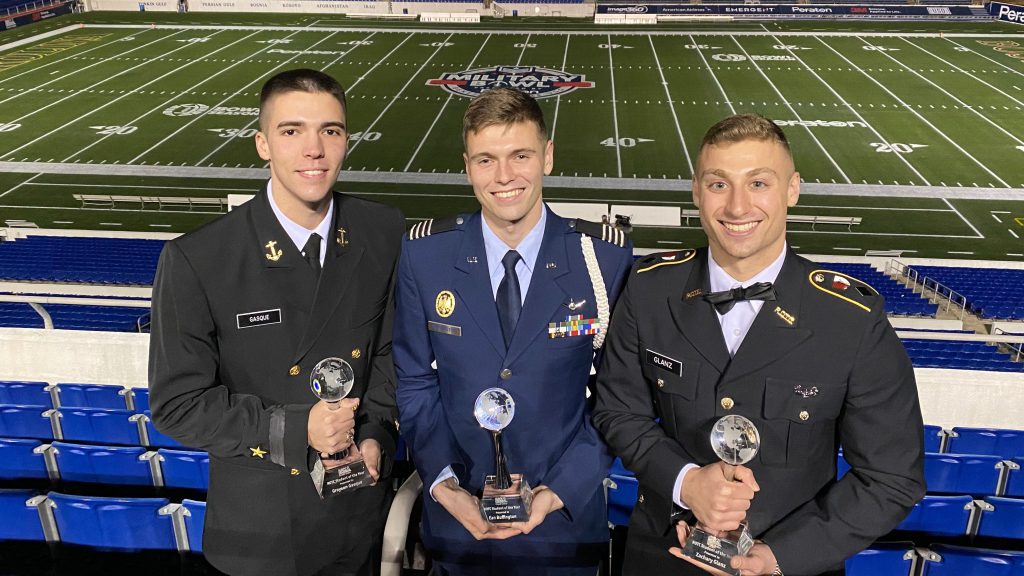 Navy Federal Credit Union recently announced the recipients of its ROTC All-American Scholarship Program. The program honors the best and brightest ROTC seniors across the nation. Launched in 2018, the recipients are chosen by a panel of judges based on the pillars of the ROTC program: Leadership, Military Excellence, Scholarship and Service.

In its first year, the program highlighted outstanding senior ROTC students from 10 universities. In 2021, the program expanded to 500 universities from across the nation. Since launching the program, Navy Federal has donated over $250,000 to ROTC All-Americans via its scholarship program and has seen over 10,000 ROTC student submissions.

“This scholarship program is supporting students at the beginning of their military careers, highlighting those who will go on to be exceptional leaders,” said Vice President of Branch Operations at Navy Federal, Matt Lawson. “As a graduate of Army ROTC, I know the hard work each of these students puts in the classroom and for their units. We’re proud to recognize them for their military service, and for becoming exemplary members of their communities.”

To learn more about the scholarship program, please visit rotcaa.navyfederal.org.

About Navy Federal Credit Union: Established in 1933 with only seven members, Navy Federal now has the distinct honor of serving over 11 million members globally and is the world’s largest credit union. As a member-owned and not-for-profit organization, Navy Federal always puts the financial needs of its members first. Membership is open to all Department of Defense and Coast Guard Active Duty, veterans, civilian and contractor personnel, and their families. Navy Federal employs a workforce of over 20,000 and has a global network of 350 branches. For more information about Navy Federal Credit Union, visit navyfederal.org. Federally insured by NCUA. Equal Opportunity Employer.