Canada’s quixotic attempt to use NAFTA to end U.S. ‘right to work’ laws 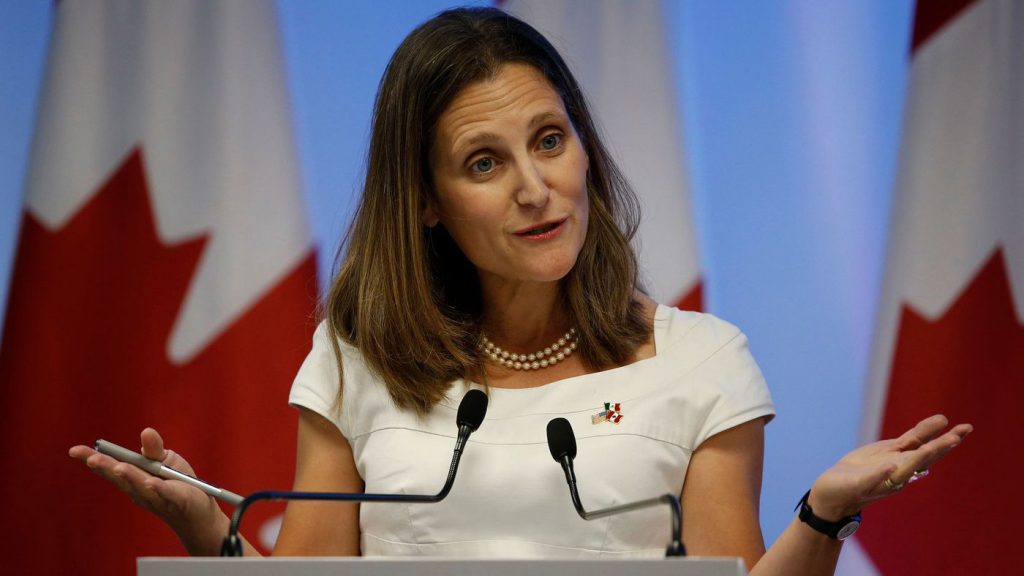 As seen in the Los Angeles Times, by Steven Greenhouse

President Trump has repeatedly attacked the North American Free Trade Agreement, calling it the “worst trade deal ever negotiated.” Angry about the U.S. trade deficit with Mexico, he warned that unless Mexico and Canada agreed to revamp NAFTA to his liking, he’d tear it up.

Trump seemed to think that renegotiating NAFTA would be easy, and that he’d get the talks to focus on Mexico’s lower wages and labor standards — which he views as undercutting the blue-collar workers he wooed during the campaign. In recent NAFTA talks, however, Canada turned the tables by arguing that U.S. labor standards are a problem as well. According to the Globe & Mail newspaper, Canada asserted that lower standards in the United States and Mexico give those countries an unfair advantage. Canada insisted, in particular, that the U.S. end its so-called right-to-work laws.

Is that just bluster, or do the Canadians have a point?

Under federal law, when a majority of workers at a workplace vote to unionize, the union wins exclusive representation and bargains for all the employees there. But right-to-work laws bar any requirement that employees at unionized, private-sector workplaces pay dues to the unions that represent them.

Republican-dominated legislatures in Kentucky, Missouri and West Virginia have recently approved right-to-work measures, bringing the total number of states that now have such laws to 28. GOP lawmakers maintain that they’re being pro-worker by protecting employees’ freedom not to have to pay compulsory fees.

Unions, however, argue that right to work is unfair because it enables “free riders” who refuse to pay even though they receive union services. Union officials and Democrats also argue that the real reason that Republicans — immediately after winning control of a legislature — race to enact right-to-work laws is to weaken unions because Republicans see them as pillars of the Democratic Party.

Many labor leaders ask, if the Republicans who embrace right to work are such champions of workers, why do they repeatedly oppose other pro-worker measures, whether a higher minimum wage, paid sick leave or paid parental leave?

There is no denying that right-to-work laws weaken unions, often discouraging them from undertaking unionization campaigns. Russel Sobel, an economics professor at the Citadel, found that the share of free riders in right-to-work states ranged from 9% in Georgia to 39% in South Dakota. If 39% of workers refuse to pay union dues, that’s a hefty hit to a union’s treasury, and perhaps to its ability to mount a strike or get out the vote.

In another study, David Ellwood, a professor at Harvard’s Kennedy School of Government, and Glenn Fine, a former Justice Department official, found that in the first five years after states enacted right-to-work laws, the number of unionization campaigns fell by 28%, and in the following five years by an additional 12%. Unionization wins dropped by 46% in the first five years and 30% in the next five. Overall, right-to-work laws, after accounting for other factors, caused union membership to drop 5% to 10%, the study found

The Economic Policy Institute, a labor-backed research center, has also found that in right-to-work states, wages were 3.1% — or id=”mce_marker”,558 — lower per worker per year, after taking the cost of living and other factors into account.

It’s hardly crazy, then, for Canadians to argue that right-to-work laws unfairly weaken American unions and thereby give U.S. businesses an improper advantage over Canada’s.

Of course it’s highly unlikely the Canadians will get their way: The Trump administration has already told Canada that it won’t agree to ending right-to-work laws. Regardless, the percentage of workers in unions will continue to fall.

The percentage of U.S. workers in private-sector unions has dropped from 35% in the 1950s, to 6.4% today — the lowest level in a century. Right to work is just one factor in that decline; other factors include imports, automation, outsourcing and corporate America’s stepped-up resistance to unions.

Paralleling their fight for right-to-work laws, conservatives are pushing to end any requirements that government employees pay union dues. According to the Guardian, a network of conservative think tanks has begun a nationwide campaign that aims to “defund and defang” public-sector unions, like teachers unions, as a step toward crippling progressive politics in the U.S. (which public-sector unions help to finance).

Before Justice Antonin Scalia died, it looked as if the Supreme Court, in a case brought by several California public school teachers, would rule 5 to 4 that requiring government workers to pay fees to the unions that represent them (when they might have disagreements with their union) violates the workers’ 1st Amendment rights. After Scalia died, the court deadlocked 4-4 in that case. But with Justice Neil Gorsuch replacing Scalia, the court is expected to rule in an Illinois case that government employees can’t be forced to pay union fees. That would create a right-to-work rule for government employees nationwide.

All this comes as business increasingly swamps labor unions in spending on election campaigns. In the 2015-16 election cycle, business outspent labor 17-1 in national elections — $3.4 billion to $205 million — according to the nonpartisan Center for Responsive Politics.

At least the Canadians’ quixotic push to end right to work reveals Trump’s inaction on labor issues. During last year’s campaign, he complained mightily about wage stagnation under President Obama. Since his inauguration, however, Trump hasn’t done a thing to lift workers’ wages — indeed he has hurt wages by undercutting an Obama rule to extend overtime pay to 4 million more workers.

Steven Greenhouse, a former labor and workplace reporter for the New York Times, is writing a book about the history and future of labor unions and worker advocacy in the United States.