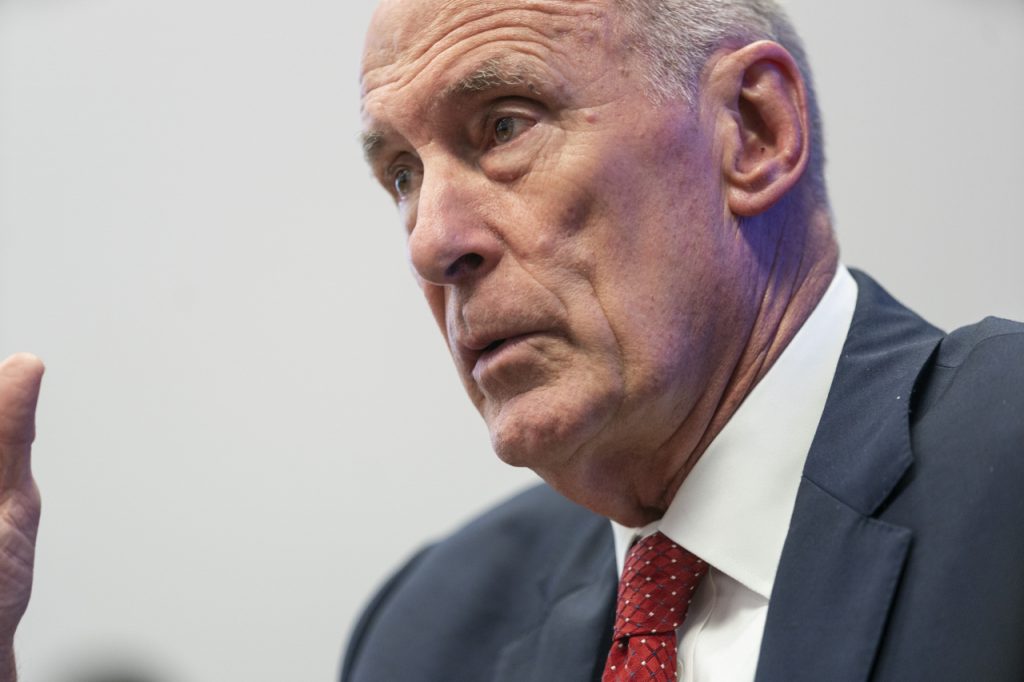 America’s Director of National Intelligence (DNI), Dan Coats is without dispute one of the most powerful people in the world. As DNI, he leads the U.S. Intelligence Community (IC) and serves as the principal intelligence advisor to the President. What that means is that Director Coats oversees not just the FBI and the CIA, but 17 agencies that comprise the IC.

As Regimental Public Affairs NCO for the South Carolina Corps of Cadets and as the head of the cadet newspaper, The Brigadier, I was assigned to spend the day with the DNI when he came to The Citadel in September. He is undoubtedly one of the most high-level guests the college has had the honor of hosting.

Director Coats was here to be the keynote speaker for the 2018 Intelligence and Cyber Security Conference at The Citadel. In addition to speaking, he took the time to meet with cadets and students and some of the college’s leaders, at his request. He said he wanted to do more than arrive, speak, and leave− he wanted to meet as many people as he could, especially cadets considering careers in intelligence fields.

Discussion on intelligence and security studies

Director Coats’ visit began with a meeting with some of The Citadel’s administrative leaders and the Regimental Commander of the Corps. They talked about our college’s intelligence and cyber security programs, and about what Director Coats said was a continuously expanding need for highly trained intelligence professionals.

The group asked the DNI what his top piece of advice would be for students wanting to work in intelligence and he said, “Get off of Facebook!” which elicited laughter throughout the room. He elaborated by saying, “Be careful what you say and be careful what you do, because they’re going to go a long way back in your history as they consider what kind of person you are.”

Next, the Director’ delivered the keynote address to the several hundred people attending the conference. There were people from all areas of intelligence work there who were eagerly following his words.

The address centered on what Coats described as the looming threat that China poses to the nation, and what the IC is doing to counteract it. His list was extensive and involved all of the agencies.

“We are educating the private sector about Chinese activities and sharing information about cyber threats. We have warned universities about Chinese efforts to exploit our academic system. We are engaging with state and local officials about the threats they face from foreign influences and cyber intrusions,” Coats said. He continued by explaining that at the federal level, U.S. intelligence informs policy debates about the “nation’s response to China’s rise.”

Director Coats ended his speech by encouraging cadets and students to consider serving their country, recalling the old Uncle Sam recruiting poster that read, “We need YOU.” He said, “I’m fully aware of the sense of service that runs through the veins of those here at The Citadel. We need leaders with integrity, and professionalism, and a sense of duty. That is what you are learning here at the Citadel and we need you.”

Cadets and the DNI at lunch

Director Coats then spent time with a group of cadets and veteran students who are studying intelligence, sitting down to share lunch with them. This was arranged at his request, in advance of his visit.

He invited them to ask questions as many questions as they wanted, which they did. The questions ranged from asking about specific threats from Russia and China and how those are handled, to asking how the intelligence gathered by the agencies influences current events and national conversations.

Not just at lunch, but throughout the day, Director Coats answered dozens of questions from cadets including many about how to break into the intelligence field, find jobs within the agencies, and how to prepare now to make the best impression later for those pursing military, agency, or civilian intelligence service.

How The Citadel provides an advantage

Before he departed, I asked Director Coats this question: “What qualities do think a Citadel cadet might have that could provide an advantage, or even set us apart, going into the intelligence community?” He said, “You already have the advantage. You have a great program in place. The Citadel is well respected with the type of people that come here, why they come here, the values they learn and reinforce while they’re here.”

Director Coats concluded by saying, “So when you mention The Citadel, people immediately think ‘solid people, strong foundation, and commitment to country.’ Everything this institution is respected for you carry out of here, and I think that’s a great advantage whether in the military or in the intelligence community.”