Tires: An Emerging Threat to Our Waterways, Our Seafood, and Ourselves? 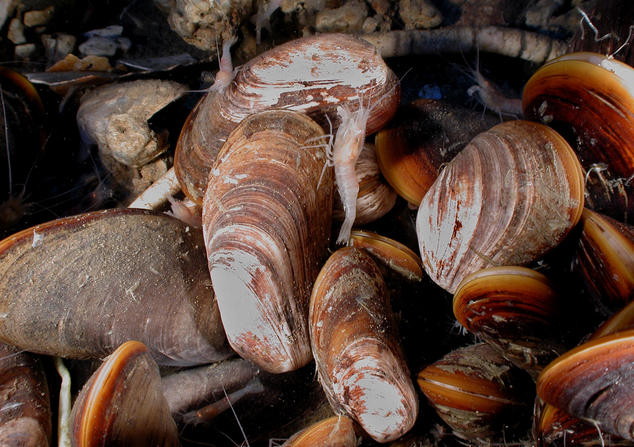 As seen in the Natural Resources Defense Council, by Jason Bittel

When you’re driving, every time you brake, speed up, or hug an S-curve, you leave tiny flecks of tire behind. Wind and rain wash those itty-bitty black bits into ditches, creeks, storm drains, and culverts. Smaller channels give way to larger ones until finally all that detritus hits the plume of a mighty river and flows out to sea. And once it’s there, who knows where those petroleum-based smithereens might wind up.

Maybe in the belly of a shrimp. Maybe in your oyster shooter.

“Over the lifetime of a tire, about 30 percent of it wears down and is deposited on the roadway surface or in adjacent areas as microscopic particles,” says John Weinstein, an environmental toxicologist at the Citadel, also known as the Military College of South Carolina. “Every year in the U.S., it has been estimated that two million tons of tire particles are released into the environment.”

Tire particles are actually a kind of microplastic, which is something people have become increasingly aware of as a form of pollution. Microplastics are bits of plastic smaller than five millimeters, the approximate size of a pencil eraser. Studies have found that microplastics alter gene expression in Japanese rice fish, hinder reproduction in oysters, and turn shore crabs into sluggards. Depending on the shape, size, and composition, microplastics have even been found to kill the daggerblade grass shrimp that eat them.

But tire particles have gone almost completely unstudied, despite the fact that a recent investigation estimated that they could make up as much as 10 percent of all plastic litter worldwide. In some places it’s much worse. “Interestingly, in Charleston Harbor, we have found that tire particles make up more than 90 percent of the microplastic litter at some of our sampling sites,” says Weinstein.

Weinstein recently coauthored a study appearing in the journal Marine Pollution Bulletin, the first to report tire particles as part of the microplastic litter in a U.S. estuary. He and his students are sampling sediments from South Carolina’s estuaries to get an idea of how prevalent this kind of pollution is, and feeding the particles to grass shrimp in the lab to see what, if any, impact they might have on wildlife.

On its face, the threat of tire trash is quite similar to that of other microplastics. The animals eat it and it gets stuck in their gills or digestive systems. The grass shrimp that Weinstein’s lab is studying are foragers in the wild, so they’re accustomed to grabbing up everything they can find that might have algae growing on it. In the lab they do the same thing with tire particles, which you can see clear as day through their translucent carapaces.

So far, Weinstein has found that the tire particles have an effect on grass shrimp similar to that of other microplastics. Which is to say, a certain size and shape can be lethal, but the composition doesn’t seem to matter much. However, Weinstein’s group has yet to study longer-term effects of tire particle exposure.

Specifically, there’s a possibility that tire flakes may be worse than other microplastics because they contain oil-based chemicals called hydrocarbons and heavy metals like zinc. If these materials leach out of the tires and into the critters that eat them, Weinstein says they could be highly toxic.

Now here’s where the rubber meets the road, so to speak. Scientists have found evidence that when crabs eat mussels, they can absorb microplastics that the mussels have eaten. Microplastics have also been found in the guts of various fish species, from flounder and mullet to sea trout and whiting. And multiple studies have shown that nanoplastics—even smaller plastic particles—can actually pass through the digestive system into an animal’s tissues.

All of this points to a scary possibility: We eat animal tissues. Which means we could be consuming microscopic pieces of Goodyear every time we eat gumbo, sushi, or fish and chips. So far, no one has demonstrated that the seafood we eat is transferring tire particles to humans, nor have these particles been tied to any health problems. But we also aren’t really studying it. Weinstein says he’s personally concerned about the possibility for these particles to release chemicals when ingested.

Unfortunately, micro-pollution from tires is yet another problem without an easy fix. We can’t simply ban tires, as we did with microbeads in 2015. And unless someone can invent a tire that doesn’t wear, we’re stuck trying to contain the pollution before it can reach our waterways. Weinstein says he has a graduate student studying the role stormwater retention ponds might have in sequestering these particles before they get to the ocean, but it’s still early days.

Considering that very few people are studying this extremely widespread phenomenon, and the public has virtually no idea that it’s even an issue, awareness is probably more important than anything else at this point. “In our coastal waterways, this stuff is everywhere,” says Weinstein. 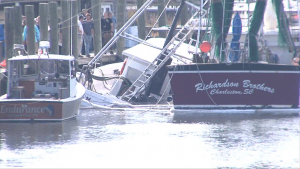 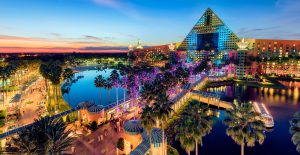