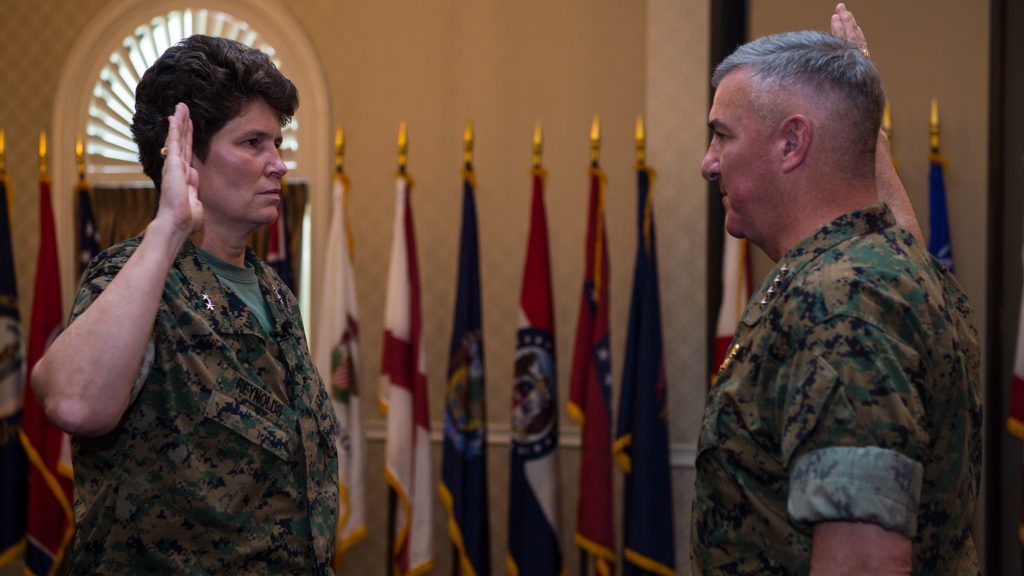 Lt. Gen. Loretta “Lori” Reynolds will present the first Greater Issues address of the 2019-2020 academic year on Tuesday, Sept. 24 in McAlister Field House. The address is open to the public, with limited seating available on a first-come, first-served basis.

Reynolds was commissioned in May 1986 after she graduated from the U.S. Naval Academy. Reynolds has commanded at every rank. Before being promoted to lieutenant general, she served in a variety of roles, including command of 1 MEF Headquarters Group in 2009 and, from 2011 – 2014, command of Marine Corps Recruit Depot Parris Island, where Citadel cadets recently participated in leadership training.

From 2015 – 2018, immediately before her nomination to promotion, Reynolds was in command of the Marine Corps Forces Cyberspace Command, which works to protect critical infrastructure from cyberattacks.

She has earned Masters Degrees from both the Naval War College and the Army War College.