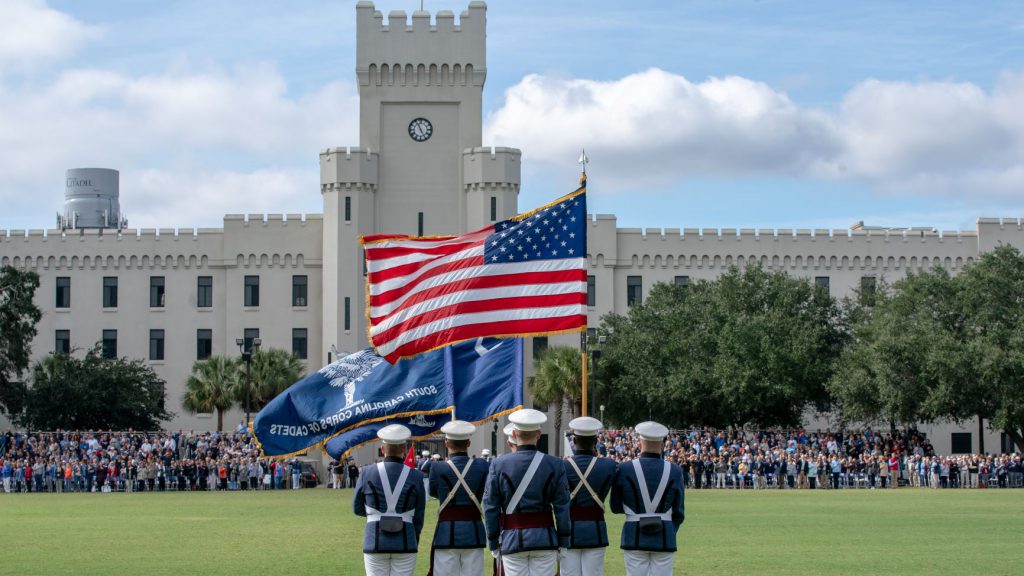 The South Carolina Corps of Cadets 11 top ranking officers for the 2019-2020 academic year are preparing for their new roles. This will be the first year the regimental staff will include the position of deputy regimental commander, which will be the second in command.

The cadets who have earned the top leadership positions are:

The regimental staff will lead approximately 80 cadet officers in the command of the Corps’ five battalions and 21 companies next year, with positions ranging from battalion sergeant majors to company first sergeants. They are selected by the Office of the Commandant after a series of interviews and reviews of their performance during the years leading up to becoming a first class (senior) cadet. Following this selection process, the remaining staff and leadership positions will be filled by cadets whose performance within the Corps qualifies them for leadership roles.

The Citadel’s mission to educate and develop cadets into principled leaders is the driving force behind the integral military system at the college, which is in operation at all times when school is in session, 24 hours a day, seven days a week.

Below are the names of the full regimental staff, company commanders, battalion sergeants majors and company first sergeants: