The Class of 2025 commits to the ideals, values and goals of The Citadel 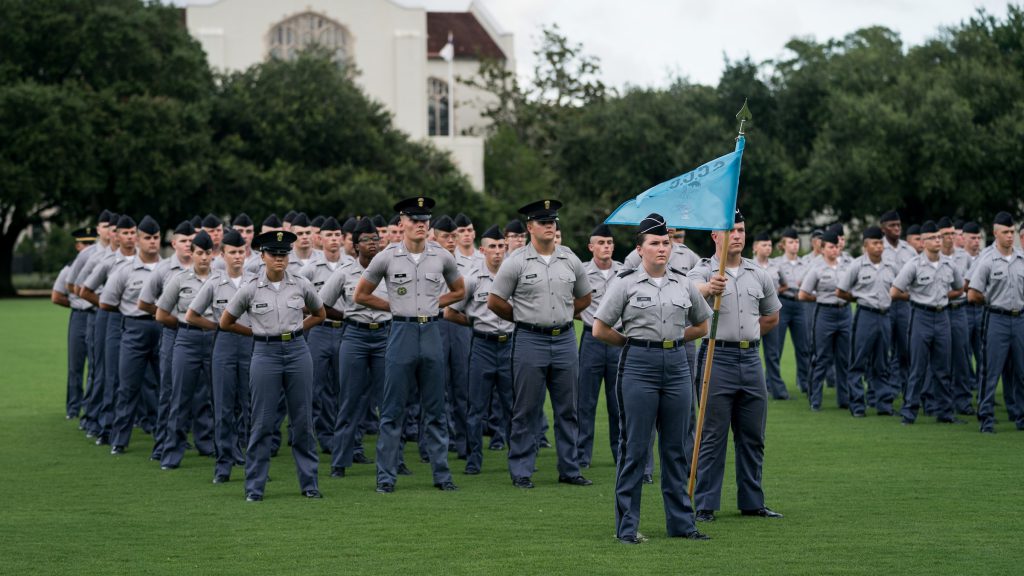 “I am, now and forever, The Citadel.”

With those seven final words, nearly 700 cadet-recruits solidified their commitment to the South Carolina Corps of Cadets.

On Monday, Aug. 16 at 5:30 p.m., the group of knobs, led by the upperclassmen tasked with training them, marched onto Summerall Field to take the Cadet Oath.

Just before taking the oath, the cadet-recruits were addressed by Cadet Col. Kathryn Christmas, the regimental commander for the South Carolina Corps of Cadets.

“You must always be aware of the choices that you make, for they reflect not only you but also the institution and your classmates. You have chosen to be a part of something bigger than yourself, and you now represent the Corps of Cadets. Take pride in this, but never lose your humility. Focus on improving yourself in every aspect of your life. This year is a time to grow not only as a person but also as a leader and a follower.”

Watch the Oath Ceremony, and hear the entire address, below: