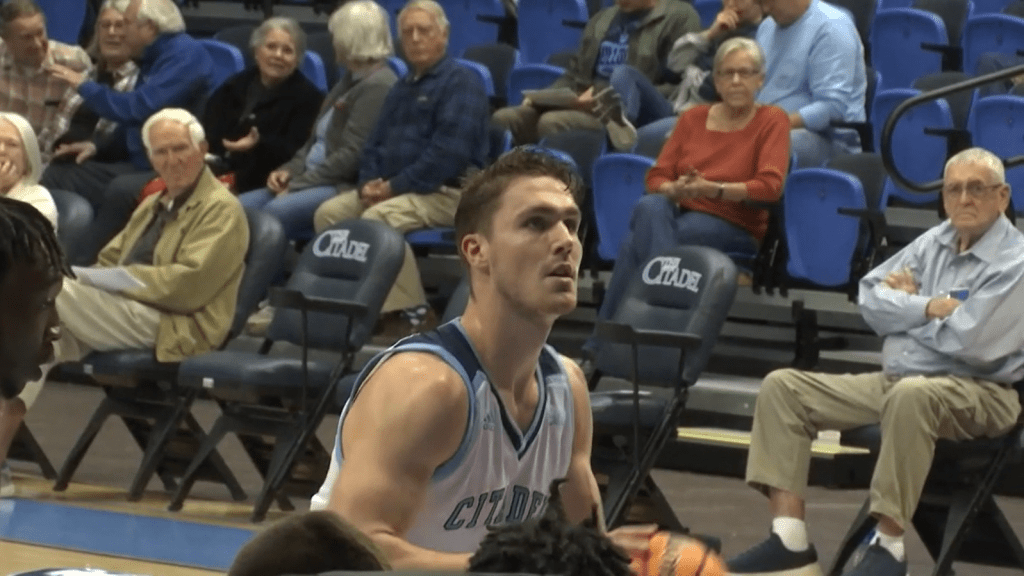 As seen on WCBD – Count on 2, by Dan Fanning

The Citadel helps mold its cadets into some of the future leaders of tomorrow.

The basketball team’s leader, and maybe one of the biggest leader on campus, is forward Hayden Brown.

“He’s kind of our heart and soul. Literally our spiritual leader. And for the school, maybe the greatest ambassador for a cadet student athlete that may have ever played here,” said Bulldog Head Coach Duggar Baucom.

The super senior (5th year due to COVID) from the Upstate has grown and developed his game and himself during his time here in the Lowcountry.

“I think the structure ultimately helped me. I think I’m one that kind of thrives with structure. If there’s too much freedom or whatever I just kind of sometimes can get lazy. So I think that’s something this school kind of breathes into its individuals,” The Citadel’s forward Hayden Brown said.

Military college isn’t for everyone, but Hayden has gotten through it thanks to the people at The Citadel.

“Yea I kind of briefly mentioned it already but the people. It’s not the most appealing place it’s a military school. I had no military background. But you meet people here…I don’t have an answer for it but they’re just special,” Brown said.

Hayden also has some special talent evidenced by him being named the preseason SoCon player of the year.

His goal this season is to lead the Dogs to a SoCon title. another one is to be guided by his faith.

“My ultimate goal is to glorify God in whatever I do. So if that’s on a basketball court, cool. If it’s in a church, cool. That’s my ultimate goal,” he said.

Brown continues to bless defenders at the rim.

As someone who lives by being where his feet are.