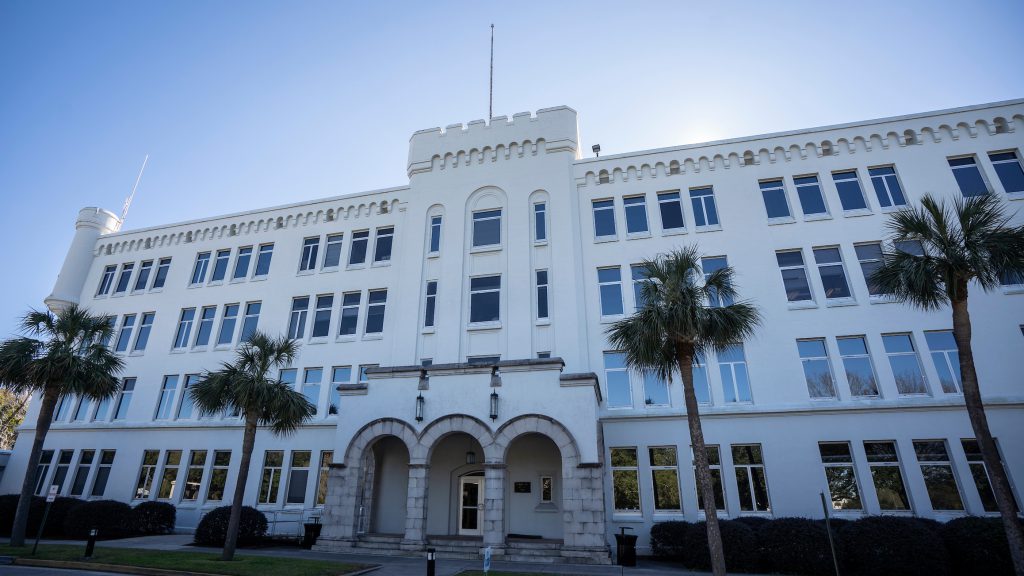 The School of Humanities & Social Sciences (SHSS) is the largest of the college’s five academic schools. SHSS is the foundation of a liberal arts education at The Citadel and every cadet takes courses through the school at some point as part of the traditional academic disciplines of English, Foreign Language, History, Literature and Social Science.

Hagstrom graduated from the United States Military Academy West Point and served in the Army for five years before going on to earn a Ph.D. in History from Indiana University.

Hagstrom teaches Leadership in Military History and History of the U.S. Military as a member of The Citadel history faculty. His research focuses on the history of asymmetric wars, battles in which the means and meanings of conflict are radically different for opposing forces. Hagstrom is also interested in transnational military exchange.

Valero will lead the Intelligence and Security Studies team as department head and professor.

Valero’s research and teaching interests focus on U.S. intelligence and national security, strategy and modern warfare. He holds a Ph.D. in International History from University of Cambridge, an M.A. in War Studies from King’s College London and a B.A. in Political Science from UCLA.

In addition, Valero serves as an American Council on Education faculty evaluator for military programs in the field of intelligence studies. He was the president for the Association for Intelligence Education from 2014 – 2019. Additionally, Valero was Scholar in Residence at the National Security Agency, Ft. Meade, Maryland and served on the faculty of the Department of International Security and Military Studies at the U.S. Air Command and Staff College, Maxwell AFB, Alabama. He was honored with the 2011 Outstanding Instructor Award by the International Association for Intelligence Education.

Patterson is an experienced U.S. diplomat with more than 25 years experience in international development and humanitarian assistance. His work has included assignments in Africa, Asia, Latin America and the Middle East for the U.S. Agency for International Development (USAID).

Patterson speaks English, French and Spanish. His long-term positions were in Egypt, El Salvador, Iraq, Nepal, Pakistan and Senegal. Most recently, Patterson served as the USAID economic growth advisor for in Libya. From 2016 – 2018, he provided the overall strategic vision for U.S. government priorities in Iraq, including assistance to stabilization of areas liberated from ISIS, economic reform, and citizen-responsive governance.

Most recently, Dawes served on the faculty in the School of Psychology at Stephen F. Austin State University. Her specialties include applied behavior analysis and psychometrics.

Eddy teaches History of Psychology, Social Psychology and Psychology of the Abnormal, among other subjects. In 2018 she earned a grant in the amount of $23,000 from the Kleberg Foundation in partnership with the Center for Medical Humanities and Ethics at University of Texas Health Science Center. The project provided training for community health workers along the South Texas/Mexico border on intervention to prevent and manage suicidal behaviors.