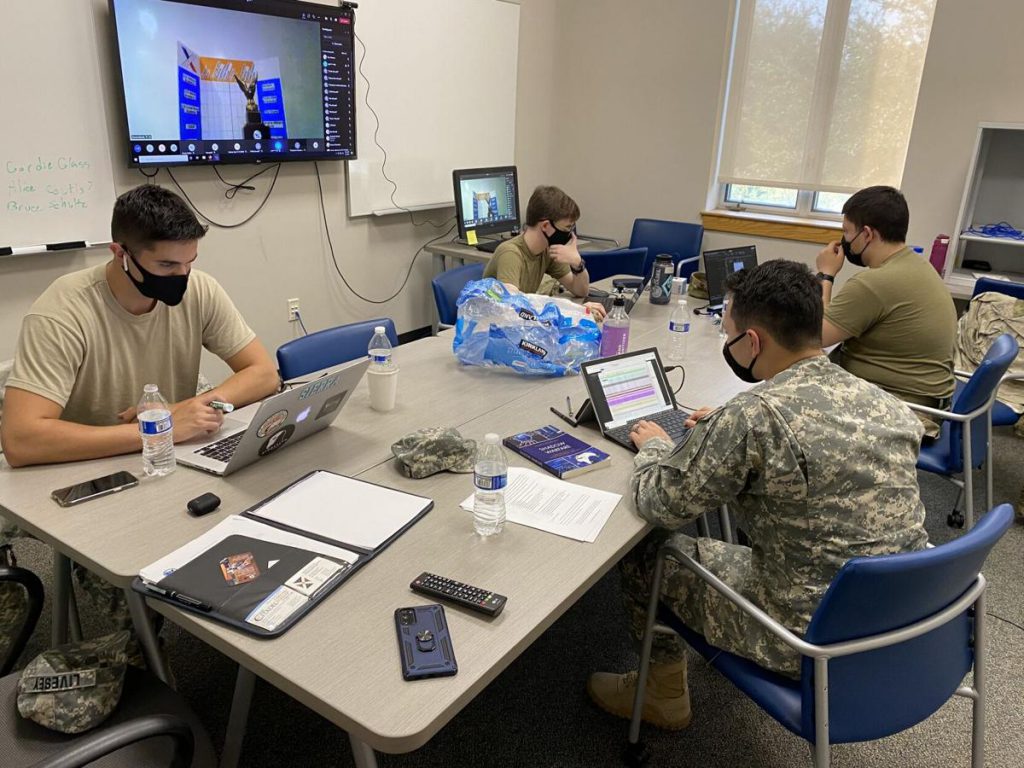 Photo above: The Citadel began a three-day competition on April 8 hosted by the National Security Agency which pits the country’s military colleges and service academies against each other in intense cyber security simulations. Cadets began the first day with several virtual challenges. The Citadel/Provided

The Citadel began a three-day competition on April 8 hosted by the National Security Agency that pits the country’s military colleges and service academies against each other in intense cyber security simulations.

The NSA’s National Cyber Exercise allows future service members and cadets to experience real-life examples of digital problems the military faces. This marks the first year The Citadel has been invited to compete for the title and trophy.

At least 36 cadets are participating in the event. It involves exercises on forensics, cyber policy, cryptography and reverse engineering, and ends with a real-world defense challenge where they have to detect and protect a network system from hackers.

The events take place over the course of three days and range anywhere from eight to 12 hours in length.

“Through NCX, NSA helps to educate, train and test the cyber skills of U.S. service academy cadets and midshipmen, as well as teams from the senior military colleges and select NSA employees,” Diane Janosek, commandant of NSA’s National Cryptologic School, said in a statement.

“NSA has an incentive to ensure the nation has a competent cyber-smart workforce,” she added.

In recent years, the U.S. military and the federal government have put more emphasis on training young service members to combat increasing cyber threats from terrorists and other countries.