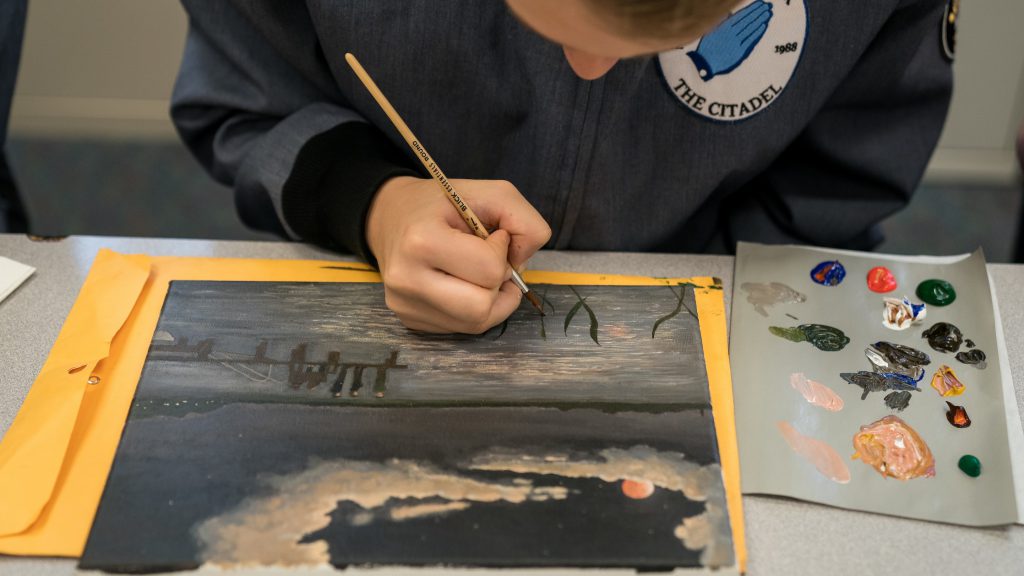 Though it’s an academic minor at The Citadel, Fine Arts has a major appeal for the South Carolina Corps of Cadets.

The program provides cadets opportunities to enhance their creative thinking and ingenuity. It also offers some balance from the regimented, 24/7 military lifestyle on campus.

“Creative problem-solving, analysis of detail and insightful perspective are the hallmarks of our Fine Arts cadets and students,” said Tiffany Silverman, director of the Fine Arts program. “The Fine Arts have been a part of The Citadel’s curriculum since 1949 because these skills and experiences complement so many other disciplines.”

More than 300 cadets took a Fine Arts class in the fall 2021 semester, and they had plenty of subjects to choose from.

At the end of each semester, cadets and students in the program are recognized in an awards ceremony. The fall celebration was was held Dec. 6 at the Swain Boating Center.

During the ceremony, Fine Arts faculty also recognized the leadership of the Fine Arts Club — Cadet Lauren Sordo, the president, Cadet Will McNay, vice president — as well as the six fine arts minor who graduated in December.

Other 2021 events supported by the Fine Arts program included:

Fine Arts classes are being primarily held in Bond Hall during the Capers Hall Replacement Project. When that project is complete, the new building will include a dedicated art studio, a 250-seat performance auditorium, art exhibition space and a cutting-edge digital media lab.

With more than 100 cadets and students declaring Fine Arts as their minor, it’s one of the largest in the college.

For more information on the Fine Arts minor, click here. 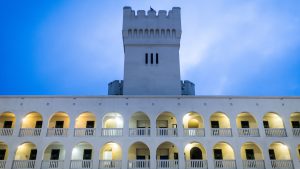