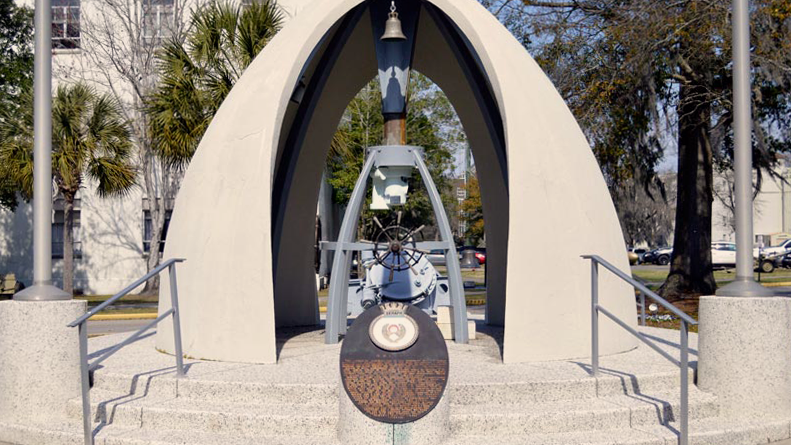 As seen on News 2, WCBD-TV (ABC), by Stetson Miller

On Veterans Day, The Citadel and the visiting officers from the Royal Navy payed tribute to a British submarine that was critical for the United States and the United Kingdom during World War II.

The ceremony marked the 76th anniversary of a mission during the war called “Operation Torch” during which it carried General Mark Clark, the 12th president of The Citadel.

“We’ve had the great delight and privilege of coming to Charleston for four days,” said Commander William King, of the Royal Navy. “And as part of that visit, we established links with The Citadel and we’ve come to commemorate this old submarine that was so critical in the second world war for both of our countries.”