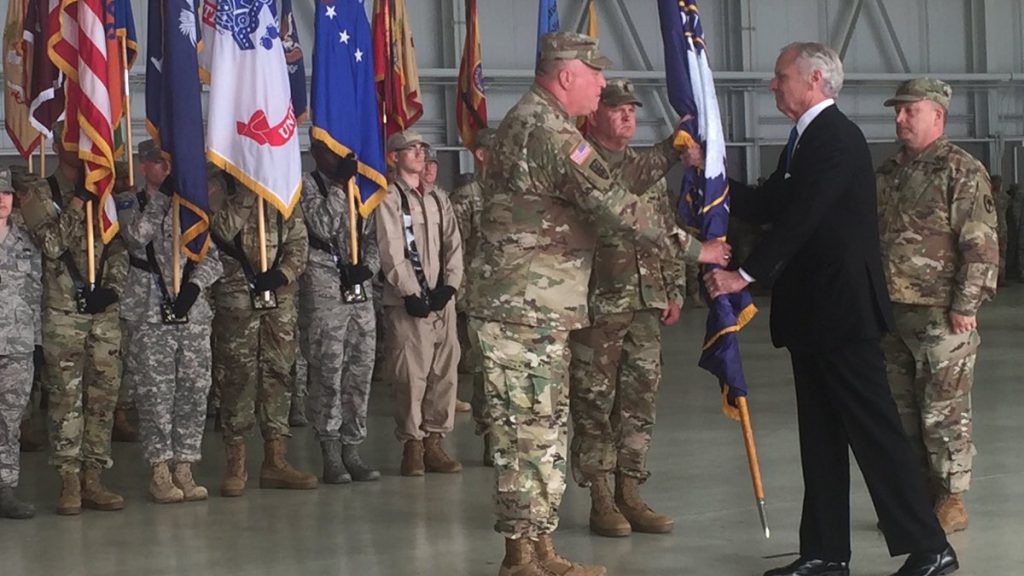 Maj. Gen. R. Van McCarty takes command as South Carolina’s adjutant general, the head of the state’s Military Department, on Saturday, Feb. 16 during a ceremony at McEntire Joint National Guard Base. As adjutant general, McCarty will administer the affairs of the South Carolina Army and Air National Guard, the Emergency Management Division, the State Guard, and the Youth Challenge Academy, which consist of about 12,000 people combined.

McCarty was named to the position by Governor Henry McMaster in January, replacing Maj. Gen. Robert Livingston who served as as adjutant general for eight years. McCarty had previously been deputy adjutant general.

McCarty, who is originally from Saluda, graduated from The Citadel in 1982 with a Bachelor of Science in Education and earned an Army National Guard commission through the college’s ROTC program. McCarty graduated from the FBI National Academy at Quantico, Virginia and served for 24 years in the Law Enforcement Division of the South Carolina Department of Natural Resources. Additionally, McCarty served with the National Guard in Iraq.

McCarty’s awards and commendations are as follows:

McCarty is the first head of the South Carolina Military Department to be appointed, rather than elected. A constitutional amendment approved by voters in 2014 changed the naming process.