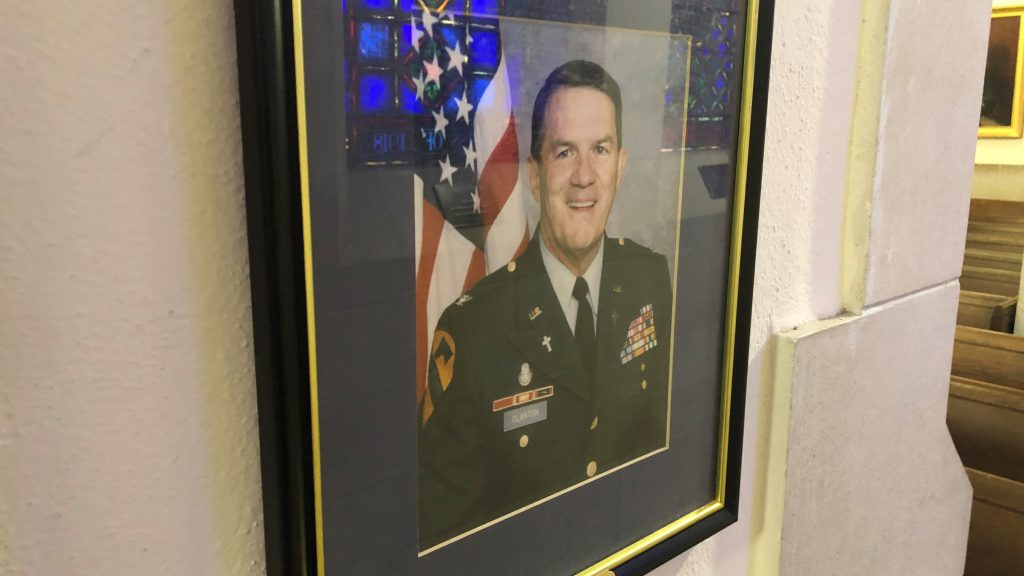 Inside The Citadel’s Summerall Chapel, there are photos of many former chaplains to the Corps of Cadets, honoring the time they dedicated to the college’s shrine of religion, patriotism and remembrance.

The many people who served as chaplain in the college’s history tended to the spiritual needs of cadets, alumni, faculty and staff. The chaplains have also served as community leaders, bringing religious leaders from different faiths around the city together for worship and fellowship. They have also led celebrations, such as the annual Christmas Candlelight Services, and they’ve led the celebrations of the lives of the many people who request to have funeral services in the chapel.

One of the photos, on the northern side of the chapel, is of Col. Chaplain Charles T. Clanton, US Army (Ret). Clanton served as chaplain at The Citadel from 1994 – 1999.

Clanton, 83, died on Monday, July 8, in Columbia. Funeral services will be held at 11 a.m. on Thursday, July 11, at the First Baptist Church in Sumter, SC.

Born Sept. 3, 1935, in Little Rock, Arkansas, he was a son of the late Thomas David Clanton and Almedia Woodward Clanton. Through marriage to his wife Betty Ann, he was also the son-in-law of the late LeRoy and Elizabeth Ann Green of Shiloh. The Rev. Clanton was a graduate of Furman University and Southeastern Baptist Seminary. He was a chaplain in the U.S. Army for 26 years. He served two tours in Vietnam for which he was awarded, among others, the Silver Star, Bronze Star (5 awards), Purple Heart and the Air Medal (4 awards). He was commandant of the U.S. Army Chaplain Center and School and retired as the Forces Command (FORSCOM) Chaplain, where he assigned all religious support for Operation Desert Storm. Following his retirement, he served seven years as the chaplain for The Citadel and then returned to Sumter, where he was interim pastor of Crosswell Baptist Church and First Baptist Church (twice) before serving as pastor to senior adults at First Baptist. The Rev. Clanton was a member of American Legion Post 15 and was post chaplain and past post commander.

Visitation will be held from 5 to 7 p.m. today at the Elmore-Cannon-Stephens Funeral Home.

Funeral service will be held at 11 a.m. Thursday at First Baptist Church. Burial with full military honors will be at Shiloh Methodist Church Cemetery.

Honorary pallbearers will be members of the Senior Adult Sunday School Department of First Baptist Church.

Elmore-Cannon-Stephens Funeral Home and Crematorium of Sumter is in charge of the arrangements.