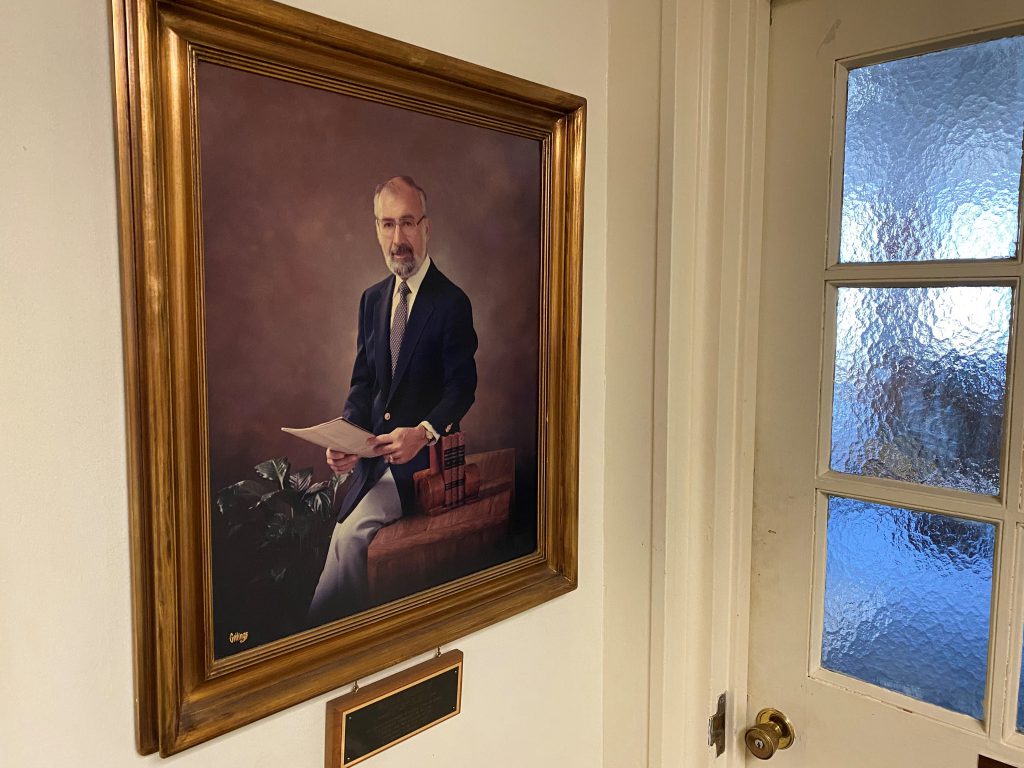 On January 13, 1982, Arland Dean Williams Jr. boarded Air Florida Flight 90 not knowing it would be his last flight, the last day of his life and that he would be declared a hero by the President of the United States.

Williams graduated from The Citadel in 1957, an Oscar Company sergeant and Business Administration major who loved intermural sports and was known by his high school nickname of “Chub.”

A native of Illinois, Williams served in the military for two years after graduating and went on to become a Federal Reserve Bank examiner.

But severe winter weather caused Air Florida Flight 90 to crash into the icy, 30-feet deep Potomac River as it was nearing Washington D.C. According to historic records, the impact killed 73 of the 79 passengers. Williams was one of six who initially survived, helping the other five escape the sinking wreckage.

A video just removed from YouTube this week included a description of how the rescue played out, told by chopper rescue crew member Gene Windsor. The narrator and Windsor describe how five of the survivors were pulled out the the water by rope, one at a time.

(Narrator) The helicopter team attempted one final rescue. The the sixth survivor, Arland D. Williams has been in the wreckage since the plane crashed. If you look closely you can see his hands in these dramatic pictures.

(Windsor) He said he couldn’t get out, that he was pinned, that his seatbelt had him or somethings was holding him there.

(Narrator) Williams was handed the rope, and three times he “unselfishly passed it on to someone else.

(Windsor) It took great courage to pass it off, and I wanted repay his courage.

(Narrator) Arland Williams had survived the crash, but drowned before he could be rescued.

(Winsdor) When the mission was over I called my wife and I said there was a sixth man. And I told her we couldn’t rescue him. And with that the tears flowed.

As seen in The Washington Post: Mystery Hero Of Air Crash Is Identified

President Reagan announced yesterday that a 46-year-old bank examiner from Atlanta was the “mystery hero” of last year’s Air Florida crash — the man who passed a lifeline to others before drowning in the ice-covered Potomac River.

The president disclosed that a Coast Guard investigation determined that Arland D. Williams Jr., an employee of the Federal Reserve system, “was the hero who gave his life that others might live.

“You can live with tremendous pride. . . ,” Reagan told Williams’ parents and his two children as he posthumously awarded Williams the Coast Guard’s Gold Lifesaving Medal at a ceremony in the Oval Office.

Below is an excerpt of Reagan’s 60-minute commence address to the South Carolina Corps of Cadets’ Class of 1993. Then the 40th President of the United States, Mr. Reagan paid tribute to Williams by recognizing him as an example of courage others should follow.

But for me, there is one name that will always come to mind whenever I think of The Citadel and the Corps of Cadets. It is a name that appears in no military histories; its owner won no glory on the field of battle.

No, his moment of truth came not in combat, but on a snow-driven, peacetime day in the nation’s capital in January of 1982. That is the day that the civilian airliner, on which he was a passenger, crashed into a Washington bridge, then plunged into the rough waters of the icy Potomac.

… News cameramen, watching helplessly, recorded the scene as the man in the water repeatedly handed the rope to the others, refusing to save himself until the first one, then two, then three and four and finally five of his fellow passengers had been rescued. But when the helicopter returned for one final trip, the trip that would rescue the man who passed the rope, it was too late. He had slipped at last beneath the waves with the sinking wreckage –the only one of 79 fatalities in the disaster who lost his life after the accident itself.

For months thereafter, we knew him only as the “unknown hero.” And then an exhaustive Coast Guard investigation conclusively established his identity. Many of you here today know his name well, as I do, for his portrait now hangs with honor –as it indeed should –on this very campus: the campus where he once walked, as you have, through the Summerall Gate and along the Avenue of Remembrance. He was a young first classman with a crisp uniform and a confident stride on a bright spring morning, full of hopes and plans for the future. He never dreamed that his life’s supreme challenge would come in its final moments, some 25 years later, in the bone-chilling waters of an ice-strewn river and surrounded by others who desperately needed help.

But when the challenge came, he was ready.

His name was Arland D. Williams, Jr., The Citadel Class of 1957. He brought honor to his alma mater, and honor to his nation. I was never more proud as President than on that day in June 1983 when his parents and his children joined me in the Oval Office, for then I was able, on behalf of the nation, to pay posthumous honor to him.

I have spoken of Arland Williams today in part to honor him anew in your presence, here at this special institution that helped mold his character. It is the same institution that has now put its final imprint on you, the graduating seniors of its 150th year.

Read the full transcript of President Ronald Regan’s speech to the South Carolina Corps of Cadets Class of 1993 in The Citadel Digital Archives here, or watch the speech on C-SPAN.com here.

How The Citadel continues to honor Arland D. Williams Jr.

The Citadel continues to honor Williams in three ways.

His portrait is still displayed on campus, in the Department of Psychology office. In addition, every three years a professor in the department is selected for the Arland D. Williams Jr. Professorship in Heroism. The Class of 1957 endowed this professorship, which provides a stipend for research each of the three years a professor serves in Williams’s name. In 2021 it is Alexandra Macdonald, Ph.D.

And, the Arland D. Williams Jr. Society, formed in 2000, is managed by The Citadel Alumni Association to honor other Citadel alumni who perform acts of extreme heroism. The criteria states that nominees must have “made significant contributions while acting in the noblest, bravest and laudable manner while placing the well-being of others before themselves.” Examples of those inducted into the Society include David Goff, ’78, for saving the life of a man on a bridge while on duty for the Richland County Sheriff’s Department, and Tom Hall, ’89, for saving a person trapped in a car in rising flood waters in 2015 along with the help of his family.

More information about the Society can be obtained, or nominations sent, to info@citadelalumni.org.

Listen to, or read a story about the art project and the bridge’s history here.