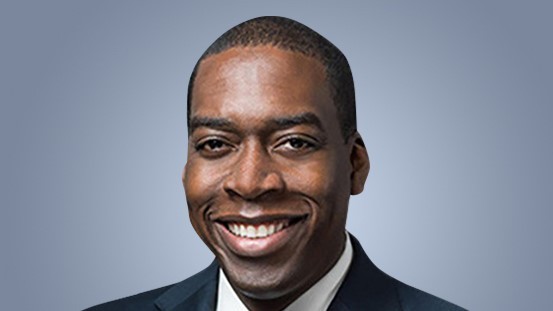 As seen in The Wall Street Journal, by Suzanne Kapner

Note: David Rawlinson II graduated from the South Carolina Corps of Cadets with a political science degree in 1998. The college recently asked him to reflect on the value of education from The Citadel.

I have found that many of the leadership lessons I learned from The Citadel, from the tumultuous female integration to finding our way as knobs, have provided the foundation for everything that I have done. The Citadel is a special place!

The parent of QVC and HSN has hired David Rawlinson II as its next chief executive, as the cable-TV and online retailer seeks to adapt to changing consumer habits.

Qurate Retail Inc. said Mr. Rawlinson will assume the post on Oct. 1, after a two-month transition during which he will serve as president and CEO-elect. He will succeed current Qurate CEO Mike George, who is retiring at year-end, the company said.

Mr. Rawlinson, 45 years old, is a former executive at market researcher NielsenIQ and industrial supplier W.W. Grainger Inc. GWW 0.46% He will join Qurate’s board in January.

Mr. Rawlinson, who is Black, takes the helm at a time when companies are trying to diversify their workforces, executive suites and boardrooms in the wake of racial protests following the killing of George Floyd during an arrest by Minneapolis police. Qurate’s Chief Financial Officer Jeffrey Davis, who has held the role since October 2018, is also Black.

“Representation matters,” Mr. Rawlinson said in an interview. “It’s important for every young person to see that their future is limitless.”

Mr. Rawlinson said he was drawn to the job because his mother watched QVC and HSN when he was a boy growing up in Rock Hill, S.C.

“It was the background music of my childhood,” he said.

Much has changed in the business since then. Qurate, which also owns online retailer Zulily as well as catalog mailers Frontgate and Garnet Hill and other retail brands, has transitioned from selling mostly on TV to becoming a large e-commerce player.

Greg Maffei, Qurate’s chairman, said Mr. Rawlinson has a mandate to continue that evolution. The company is facing steeper competition coming out of the Covid-19 pandemic as more retailers launch live-streaming platforms.

“David is well suited to be that change agent,” Mr. Maffei said.

“We’re in the middle of a real change in consumer behavior,” Mr. Rawlinson said. “Some of it was driven by the pandemic and some of it was happening before.”

Like other retailers, Qurate has bounced back from the depths of the pandemic. Revenue increased 14% to $3.3 billion in the three months to March 31. The company swung to a net profit of $206 million from a loss of $20 million a year earlier.

In 2008, he became a White House Fellow in the George W. Bush administration and transitioned to a senior adviser for economic policy at the White House National Economic Council under President Barack Obama.

He ran the online business of Grainger from 2015 to 2020 before joining NielsenIQ, which provides large retailers with market share and other data.

AlumniDepartment of Political ScienceIn the NewsSouth Carolina Corps of Cadets