One of the first women with 3-star general Army rank visits The Citadel, speaks with cadets 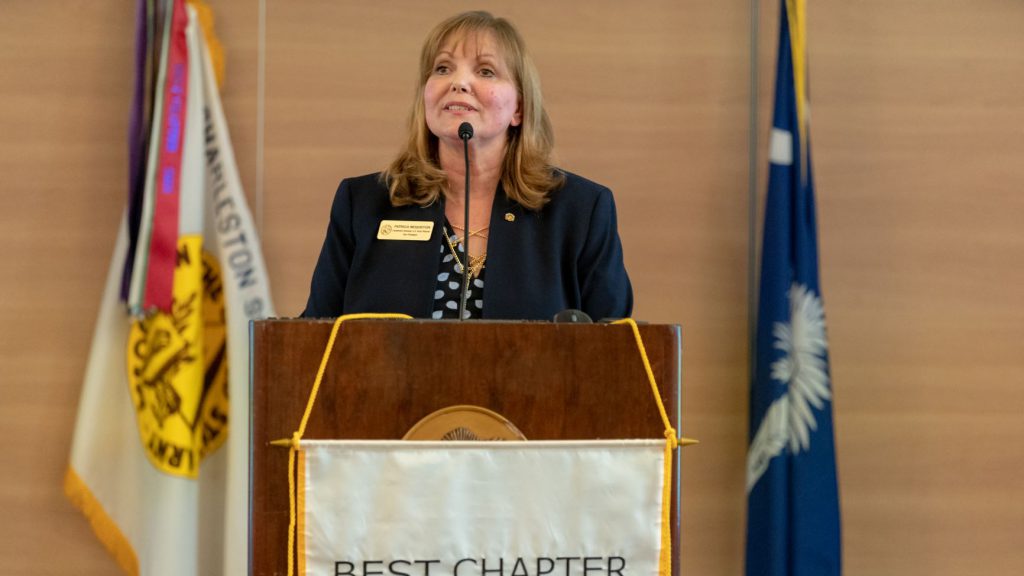 “Women’s achievements have served not just the army, but the country”

McQuistion served in the army for 35 years. She received the rank of lieutenant general in 2012, and then served as deputy commander and chief of staff for the U.S. Army Materiel Command until her retirement in 2015. McQusition is currently the vice president of membership and meetings for the Association of the United States Army (AUSA).

During her presentation, McQuistion discussed the origin of the word “history,” which she says doesn’t say “his story” but is from the Greek for “wise man.” McQuistion said as she thinks about Women’s History Month, she thinks of women’s “herstory.” She said, “I love history, but I’m deficient in herstory.” Instead, McQuistion said she would talk about “our story.”

“Women leaders should be considered the norm, not the exception,” she said. McQuistion then ran through some of the notable women to have served in the military before her: from Mary Ludwig Hays during the Revolutionary War to Gen. Ann Dunwoody, the first woman in the world to ever achieve a 4-star general rank.

To end her speech, McQuistion said, “Let’s celebrate our stories, his and hers. Thank a woman for being here today – call your mom.”

At lunch, McQuistion sat down with a few cadets to discuss the AUSA and her role as the vice president of membership and meetings for the organization. She also talked about how the organization helps with education and scientific issues, as they related to the Army. McQuistion also spoke with the cadets about the future of the Army, and how it is imperative for soldiers to listen judiciously to their non-commissioned officers and other officers that influence their decisions.

Breana Broad, one of the cadets at the luncheon, said, “As a young woman aspiring to be a great leader not only in the Army but also in corporate America, it was amazing to have the guidance and advice from such a influential female leader such as Lt. Gen. McQuistion. Her advice was pertinent for the young leaders that will become officers in the Army.” She said it meant a lot to be given the opportunity to listen to the information McQuistion offered. Broad also went on to say, “I left motivated and more excited to succeed in my career and life endeavors.”

The event was hosted by The Citadel Army ROTC department and the newly formed Bulldog Company, a subchapter of the Charleston Chapter Association of the United States Army.