Noted Citadel scientist recognized by governor for service to state 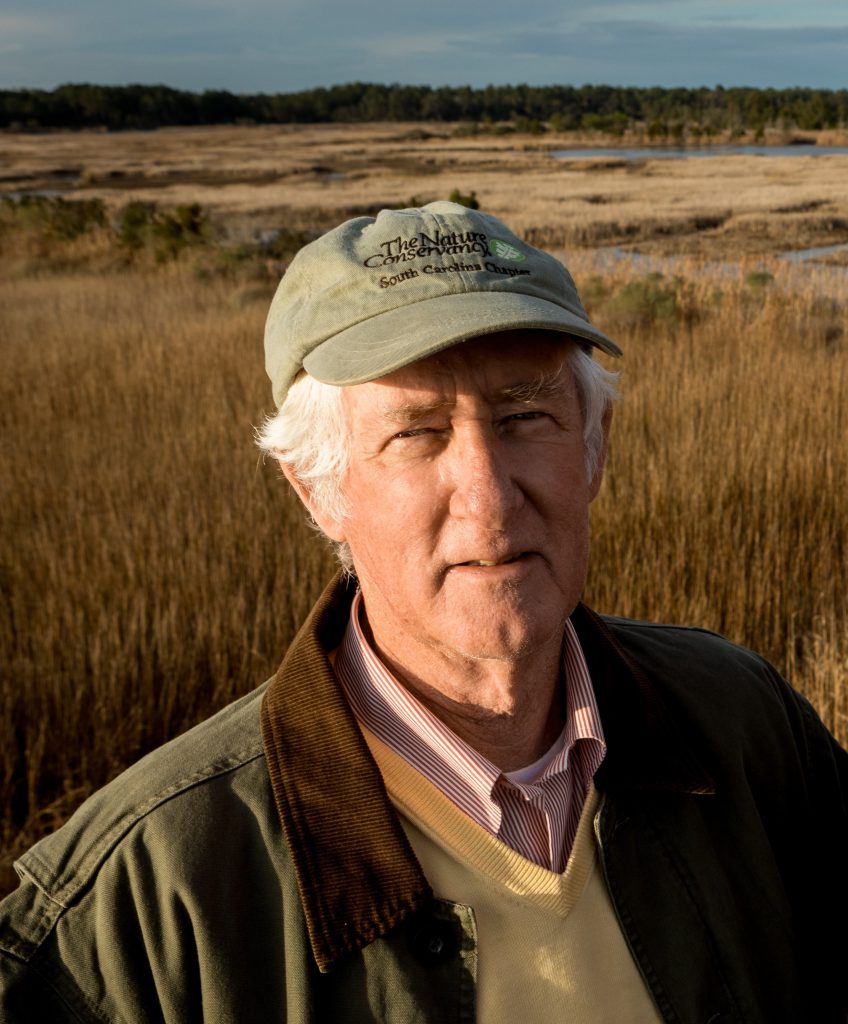 Porcher is an acclaimed biologist, historian, naturalist, author, conservationist, lecturer and teacher. Among his many accomplishments is a distinguished 33-year career as professor and researcher at The Citadel, during which he taught several thousand cadets, integrated field biology into his courses and used his research on South Carolina botanical and cultural resources to influence environmental policy.

“Dr. Porcher’s infectious enthusiasm, dedication, and mentorship sparked a love of nature and influenced the career paths of generations of cadets at The Citadel,” said John Weinstein, Ph.D., chair of the Department of Biology at The Citadel.

During a private event at the Charleston Library Society, Sen. George E. “Chip” Campsen III, chairman of the South Carolina Senate Fish, Game and Forestry Committee, presented Porcher with the honor on behalf of the governor before the scientist’s family, friends and colleagues.

“My father, Dr. Richard Porcher, has worked tirelessly for decades to protect and preserve the natural wonders of the state of South Carolina for future generations, said Dorthy Porcher Holland. “At 80, he is travelling from one end of the state to the other working on several books that combine his passion for the natural world and for telling the stories of the land.”

Currently underway, according to Holland, is a collaboration titled Santee Canal: The Wedding of Two Rivers, a study of one of the first canals constructed in the U.S. Porcher is updating some of his earlier work by co-authoring Wildflowers of the Coastal Plain with The Citadel’s Dr. Joel Gramling. Additionally, Porcher is exploring the community from which he came in the upcoming Our Lost Heritage: A Cultural History of the Peoples of Middle St. John’s Parish.

Lastly, in what Holland describes as possibly Porcher’s greatest achievement, will be a additional collaboration with Gramling to be titled: The Lowcountry Landscape in the Footprints of our Forebears, a study of how man and nature have shaped the land on which we live.

At the event, it was revealed that a vast photographic library of more than 1,400 South Carolina wildflowers — built by Porcher — will be presented as a gift to the state. The collection will be made available to educational, environmental, scientific and cultural organizations.

Porcher lives in Mt. Pleasant where he grows blueberries and camellias, and spends much of his time on his farm in Clarendon County where he grows Long Leaf Pines and wildflowers. He has two children, three grandchildren, countless friends and many cousins.

Porcher continues to lecture to clubs, schools, and organizations across the state.

Only by placing large tracts of natural communities under protection will we ensure that future generations receive the same pleasures we experience when viewing a bloodroot or pitcher plant in its natural setting.

Leave the earth a better place than you found it. Make a difference.