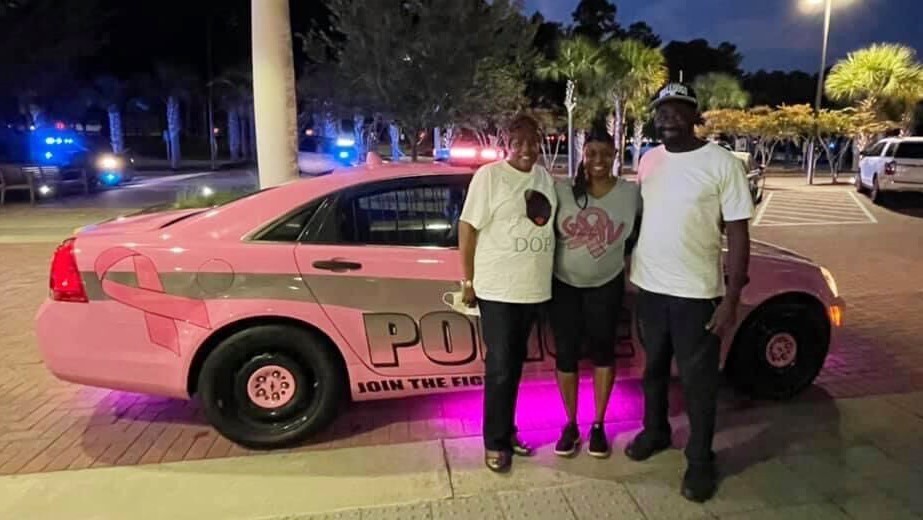 Note: Ashley Thompson graduated from the South Carolina Corps of Cadets in 2009.

As seen in The Post and Courier, by Jocelyn Grzeszczak

A North Charleston police officer received a slew of support in the form of a bright pink patrol car as department members escorted her to her first surgery following chemotherapy as part of her breast cancer treatment.

Between 25 and 30 police officers and staff members participated in the early morning escort, including North Charleston Police Chief Reggie Burgess. They followed officer Ashley Thompson from her home in Mount Pleasant to Roper St. Francis Mount Pleasant Hospital on Oct. 5.

North Charleston’s oath of office states, “I will faithfully serve the citizens of the City,” Burgess said.

“Ashley’s service to the North Charleston (residents) is faithful,” he said. “Please say a prayer for Pfc. Ashley Thompson.”

Thompson has been with the department since June 2010, spokesman Harve Jacobs said. She is a neighborhood resource officer who works on community engagement efforts and special events.

Lt. Ryan Terrell, who leads the Neighborhood Resource Unit, organized the escort. These types of escorts are done only when the officer gives the department permission, Jacobs said.

Thompson, a graduate of The Citadel, was traveling to the hospital to receive her first post-chemo operation as part of her breast cancer treatment. She was diagnosed last year, Jacobs said.

“Please pray for her recovery as well as others that are fighting this awful disease,” according to a post on the North Charleston Police Department’s Twitter feed.

In South Carolina, breast cancer among women was the most commonly diagnosed form of cancer between 2014 and 2018, according to data from the National Cancer Institute. There were nearly 129.9 breast cancer cases diagnosed per 100,000 women. This was higher than the national incidence rate of 126.8 cases.

It is the second-deadliest type of cancer for women in the state, next to lung cancer, according to the S.C. Department of Health and Environmental Control.

Early detection of breast cancer is key to survival, because the cancer has had less time to spread to lymph nodes or other locations beyond the breast, according to DHEC.

Common breast cancer symptoms include lumps, skin changes or any other breast changes. Health professionals suggest women do monthly breast self exams, visit their doctor each year for a breast exam and have a mammogram once per year if they are over the age of 40. 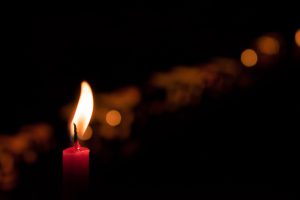