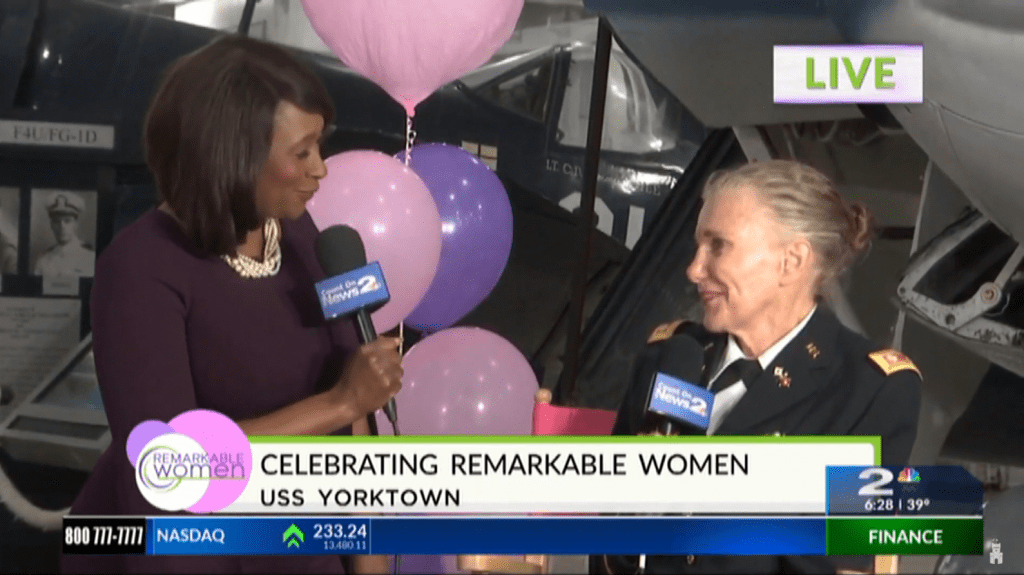 Four women were honored for being remarkable leaders in the community during a celebration Friday aboard the USS Yorktown at Patriots Point Naval and Maritime Museum on News 2 Today.

News 2 and parent company, Nexstar Media Group, wanted to acknowledge the great contributions that women have made to our nation and local communities in honor of International Women’s Month.

For weeks back in December, members of the community were invited to nominate women who inspire, lead, and forge the way for others – not just one day or month, but day-in and day-out – to be considered for our Remarkable Women initiative.

All essay submissions were judged and ranked by a special panel leading to our four finalists.’

During News 2 Today, one winner of the four finalists was selected to be named the Lowcountry’s most Remarkable Woman for 2021 and received a $1,000 donation to the charity of her choice.

Dr. Ilic, an anesthesiologist and director of the cardiovascular intensive care unit at Roper St. Francis was named the 2021 winner.

Rep. Nancy Mace, The Citadel Class of 1999, also joined the program to honor this year’s Remarkable Women and discussed her time at The Citadel

More than 21 years of service at The Citadel after 28 years in the military, Lieutenant Colonel Pamela Barton is a trailblazer and role model for women.

A graduate of the University of South Carolina, Lt. Col. Barton is a native of Florence, South Carolina. A direct commission into the United States Army in 1974, Barton’s strength was tested daily.

“There were a lot of things that were evolving as far as women in the Army, and I was fortunate enough to be engaged in a lot of those opportunities that were being given to women,” she said.

But she enjoyed it. Even making an appearance with the 82nd Airborne Sport Parachute Demonstration Team.

“I ended up in Lugau and started jumping out of airplanes for fun,” she said.

Retiring as a lieutenant colonel, Barton joined The Citadel in 1999 as a TAC officer during a time when being a woman at the military college wasn’t easy.

“They were looking for women to come in and be part of the experience here on the military side of the house, as opposed to they had women faculty,” she stated.

But she was up to the task. Earning rewards, promotions, and even helping execute a plan to keep Cadets safe during the COVID-19 crisis, her work speaks for itself.

“It’s long days. It’s physical training there in the morning, whether it’s with the cadets or personal, because it’s part of who I am.”

A cancer survivor with an impact hard to measure – now set to retire, Barton’s story teaches resilience and compassion.

On all fronts – both personal and professional – Lt. Col. Pamela Barton is a remarkable woman.

“I guess I’m gonna leave knowing that I had my finger prints on a lot of stuff,” she said.