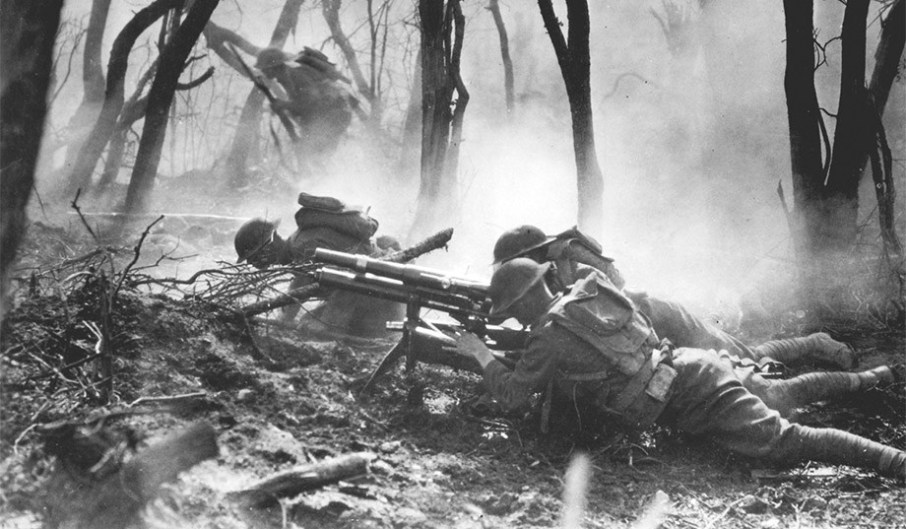 (Above) American troops of the 23rd Infantry advance against German forces in WWI (Photo: National Archives)

Explore the greatest military achievements and the most excruciating defeats. Learn lessons from witnessing historic military acts of courage, skill and leadership genius, as well as epic mistakes leading to war. Some of the most distinguished minds in military history today will teach students enrolled in The Citadel Graduate College’s new Master of Arts Degree in Military History. The fully online program is accepting applications now, for the courses that will begin in the fall of 2019.

“The Citadel Graduate College’s new Master of Arts Degree in Military History is designed for working people anywhere – officers in the U.S. Armed Forces, professionals in diplomacy, national defense, homeland security and intelligence, or business leaders wanting a deeper understanding of human conflict,” said David Preston, Ph.D., award-winning author/historian and director of The Citadel’s military history program. “And, who better to teach military history than The Citadel with its distinguished faculty and thousands of graduates serving in U.S. military forces right now around the world?”

“The eminent historian John Keegan is entirely correct when he says that ‘the written history of the world is largely a history of warfare.’ We study war not in celebration, but in preparation for it, and in recognition of its immense costs and the profound ways that war has transformed nations and societies,” Preston said.

Preston, the Westvaco Professor of National Security Studies in The Citadel School of Humanities and Social Sciences, and The Citadel Department of History faculty, created the program.

“Students will examine the full range of conflicts in world history from Greece and Rome to Iraq and Afghanistan, as well as the broader ways that war is shaped by its social, cultural, economic and political contexts,” said Joelle Neulander, Ph.D., head of The Citadel Department of History.

The Citadel Department of History and affiliated fellows from other disciplines on campus bring together acclaimed and experienced scholars in the fields of war and society and military history for this new graduate degree. Students will be led by faculty subject matter experts in areas that include: