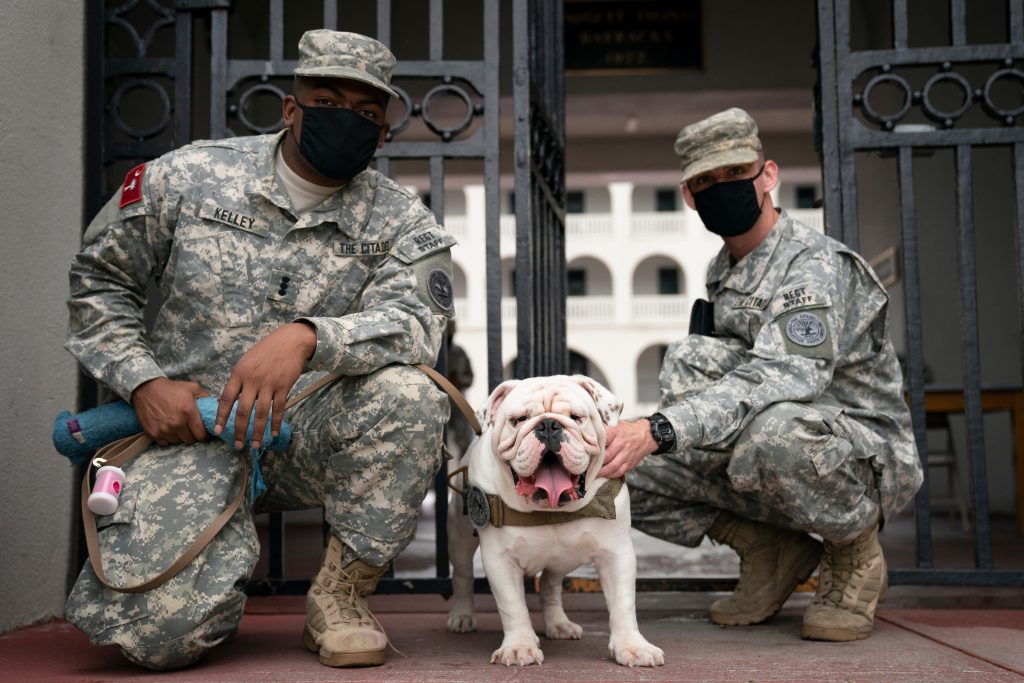 Operation Fall Return 2020 has about 2,301 central figures: 2,300 cadets and cadet recruits, and one future superstar who represents the return of the live mascot program to campus. His name is Gen. Mike D. Groshon. His new friends call him G3 for short.

G3’s first official duty occurred during the Class of 2024 Oath Ceremony, on Aug. 10 where he was publicly introduced.

“He’s hot, but he’s really happy to be out here with the cadets. He’s not really sure yet what to do but he loved being petted,” said Cadet Marrik Kelley. Kelley is one of two cadet captains who oversee the Mascot Handling Team.

G3’s official name, Gen. Mike D. Groshon, will be familiar to many in The Citadel family and in Charleston. He was named for Coach Mike D. Groshon, Citadel Class of 1976, who passed away in 2016, after caring for several generations of mascots.

“Mike Groshon had been running the program out of the goodness of his own big heart, caring for the bulldogs since 2003,” said Lt. Col. Kevin Dougherty, USA (Ret.), Ph.D., assistant commandant for leadership programs at The Citadel. Dougherty oversees the mascot program and the cadet handlers, among his many other duties. “When Mike died, our Commandant, Capt. Geno Paluso, began planning how to transition the program to the Commandant’s Dept. so we could get cadets more involved.”

Naming G3 after Groshon was the decision of the 1977 Citadel alumnus who donated the English bulldog to the college, Dr. John Bradford. Bradford is a local veterinarian who has cared for many of the mascots through the years, including G3’s predecessor, Gen. Robert P. Carson (G2), who died in 2019. The Citadel’s other living mascot, Boo X, lives with Bradford now, and is expected to retire to “mascot emeritus” in the fall.

Bradford officially transferred control of G3 to the cadets on Aug. 6. The Mascot Handling Team consists of six cadets for the 2020-2021 academic year.

For Cadet Sienna Gonzalez, who has four dogs at home, it’s kind of a dream position to have within the Corps. “I love dogs so much and always have. Living with G3 in his house and taking care of him is a privilege,” said the Biology major who intends to become a physician.

G3, broad shouldered and a tad stumpy at 65 pounds, is 15 months old and expected to grow more. His favorite treat is milk-bones.

Bulldogs’ fans can look forward to seeing and visiting with G3 at future events as the pandemic allows. “G3’s house on campus is decorated with mascots memorabilia and items from his namesake. We hope to hold open houses during big weekends, like Corps Day.” Otherwise, Doughtery says G3 needs his privacy and visitors are not permitted.

What is The Citadel Mascot:

I come from a long line of Generals and Boos

I eat knobs and Paladins and kangaroos

If you’re scared of my bark, don’t mess with my bite

For The Citadel blue I’ll do what is right

Peace and honor, God and country, I will fight for thee

I’m The Citadel bulldog. It’s a great day to be me!

To donate to The Citadel Mascot Program, please contact The Citadel Foundation via email at give@citadel.edu, or call (843) 953-5297. 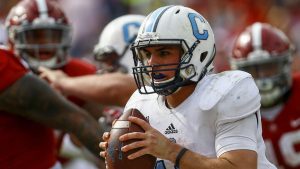 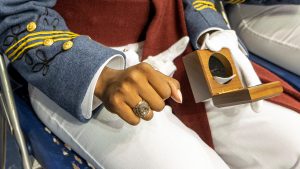 Class of 2021 to receive their bands of gold during Sept. 25 celebration 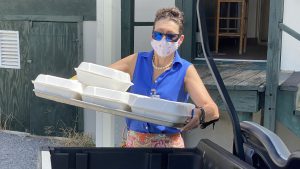 Taking care of each other on campus