Introducing the Class of 2022 Summerall Guards 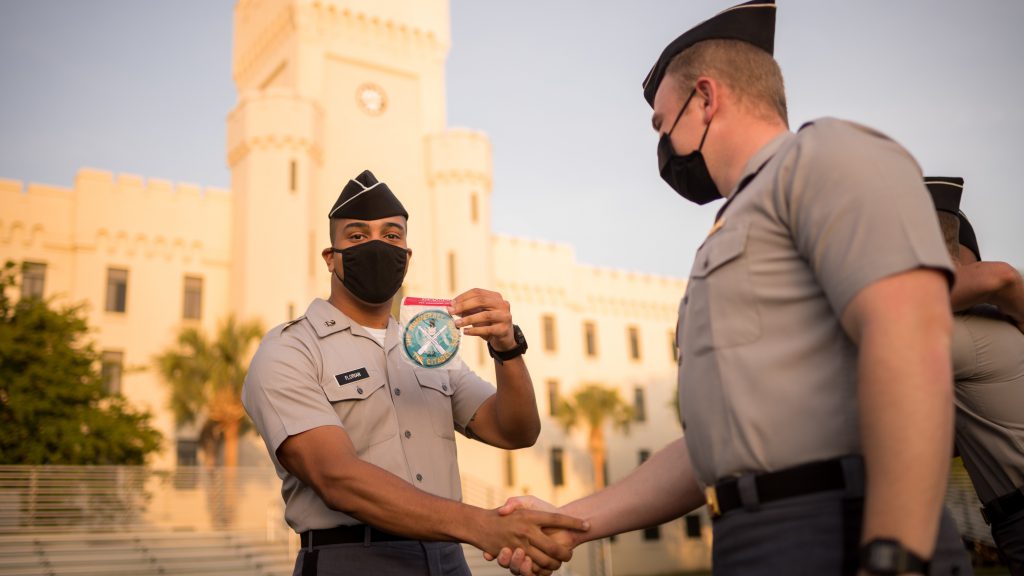 The process may not have looked the same — but the purpose didn’t change.

During normal times, the changing of the guard ceremony would have taken place as part of the annual Corps Day/Recognition Day weekend ceremonies. That is when the Summerall Guards for the Class of 2021 would have performed their last precision drills as a unit and then passed their rifles to the new platoon.

This year, instead of passing rifles, the outgoing Summerall Guards handed the new class their patches. The old guard then went down the line to shake the hand of every new member.

The platoon is named for Gen. Charles P. Summerall, former Chief of Staff of the U.S. Army and Citadel president from 1931 until 1953. It’s purpose is to exemplify the exactness and thoroughness of a Citadel cadet’s training through a unique series of movements based on old, close order Prussian drills. The maneuvers have never been written down, are passed from class to class, and are performed to a silent count.

The 61 seniors will be commanded by Cadet John Michne.

The Class of 2022 Summerall Guards: