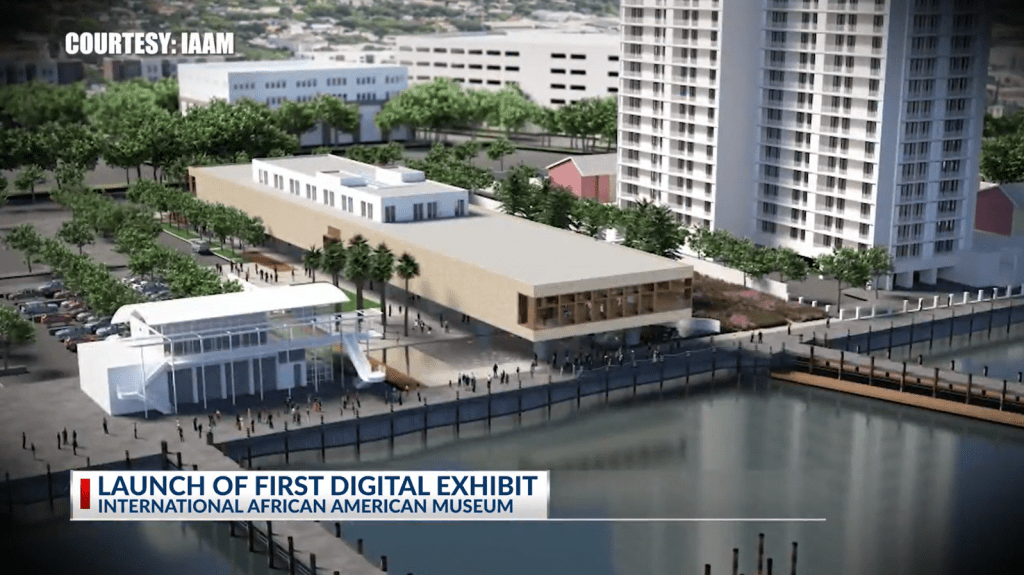 As seen on WCBD – Count on 2, by Antonio Stinson

You can now experience the Charleston International African American Museum before its construction is even completed.

The exhibit gives people a chance to take a closer look at Sol Legare Island located on the coast of South Carolina on James Island.

Toni Carrier, Director of the Center for Family History at the International African American Museum, said having a digital exhibit launch before the opening of the museum gives people a chance to see the amount of information that their team is collecting.

“It’s important to us to get out in the community…[and] involved our stakeholders in work that we’re doing,” said Carrier.

One of the methods they use to gather history across the Lowcountry is by assigning interns to certain locations in the area.

One of those interns is Keyshawn Gascey, a junior at The Citadel, who has been assigned to Dorchester and Berkeley Counties.

He’s a part of an upcoming digital project that the museum hopes to open in the future.

Gascey is lifelong Lowcountry resident, born and raised in Goose Creek, so when he saw there was an opportunity to help provide material for the historic opening of a museum in his hometown, he couldn’t refuse.

“Knowing how many people it’s going to impact…and how many lives it’s going to touch and even changing with the genealogy center. It was kind of a no brainer for me like there was no way I could say no to it,” he said.

This digital exhibit is only the beginning of the rich history that will be presented by the International African American Museum.

“There are so many ways in which the Lowcountry is special. The culture, the history here is very significant and that’s something that the world should know.”

The museum is scheduled to open in 2022.

In the NewsInternational African American MuseumSouth Carolina Corps of Cadets