General who commands US operations in space speaks at The Citadel 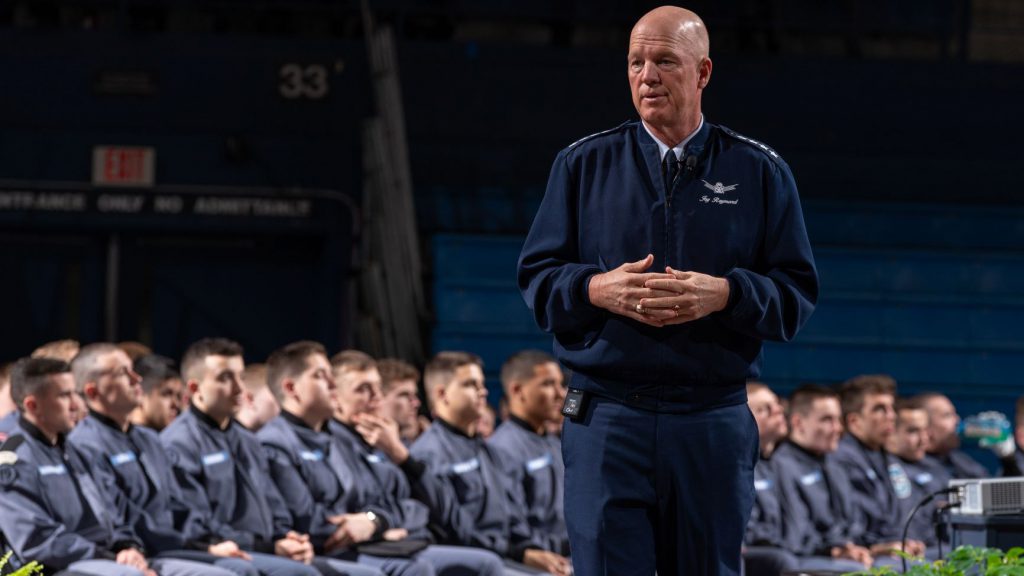 Every day, the life of almost every person in America is affected by what the nation’s military is doing in space. That’s according to the man in charge of it all, General John “Jay” Raymond.

Another thing space command is responsible for is tracking all everything that’s orbiting the earth. Gen. Raymond says that’s a total of about 24,000 objects. He said, “We act as the space traffic control for the world. So if one object is going to hit another object, we provide warning to make sure that domain stays safe.” Gen. Raymond went on to say, “It’s a congested environment, if you will.”

Before taking command of the Air Force Space Command, Gen. Raymond was the Deputy Chief of Staff for Operations, Headquarters U.S. Air Force. He was commissioned through the ROTC program at Clemson University in 1984.