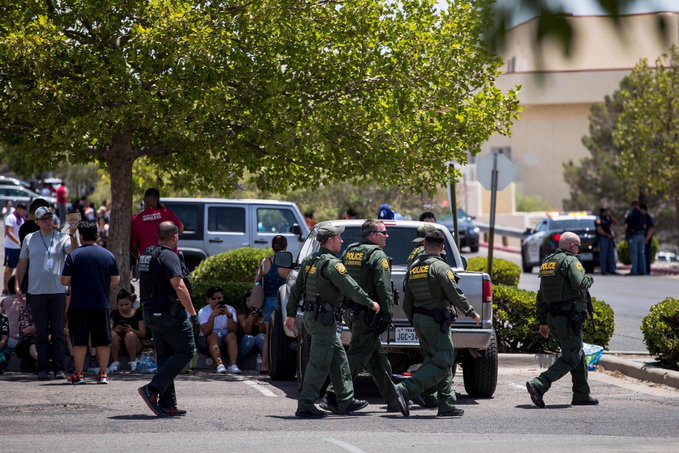 Photo above: courtesy of Quilliam International

A 21 year old white male suspect, Patrick Crusius, has been arrested in connection with Saturday’s attack in El Paso, Texas at a shopping center, in which multiple casualties and at least 20 fatalities have taken place. This incident illustrates the steady concern that we all face in the battle against the rising tide of violent extremism. Like, other white homegrown violent extremists, Crusius also left a manifesto. The content shows consistency with like other like-minded domestic extremists including the 2015, Charleston, SC church killer, Dylan Roof.

Though this is an unfolding investigation and more information will likely be gathered by law enforcement, one thing for sure we know is that there is a steady rise of individuals who fit a certain profile in the rising tide of homegrown violent extremism: white males. Last month, FBI Director, Christopher Wray testified on Capitol Hill that the agency has made a little under 100 domestic terrorism related arrests since October of last year. The vast majority of these were tied to white supremacists organizations. In June of this year, in front of the House Oversight and Reform Committee, FBI officials testified that their operational tempo has seen a drastic increase and white homegrown violent extremists. They further noted that these extremists are consistently using more sophisticated social media, propaganda and target selection to ramp up their recruitment.

The Anti-Defamation League’s Center on extremism has been monitoring the propaganda efforts of white supremacist groups in relation to the targeting of U.S. college campuses. They noted that there has been a significant increase of recruitment efforts this year, throughout the U.S. Propaganda techniques have included the use of fliers, stickers and posters. In the past two years since 2016, there has been a steady increase in the reach of such recruitment efforts, including incidents in the states of California, Kentucky, Oklahoma, and Ohio. Utah leads the way as the home of the highest number of incidents.

For the past 18 years since 9/11, the United States has been prinicpally faced the threat of global terrorism carried out by a range of Islamist affiliated groups, including U.S. persons who have carried out or sought to carry out attacks on U.S. soil. Like, Islamists, white homegrown violent extremists carry similar real and/or perceived grievances and concerns. Ideology, charisma, sociopolitical, personal and economic factors are just some of the many reasons why individuals and groups of individuals join groups and move from being radicalized to mobilizing to execute an attack plan of the sort that we have seen today in Texas.

I know this issue all too well: for over a decade I worked in our U.S. Intelligence community for the Office of the Director of National Intelligence and specifically the National Counterterrorism Center where I was a part of a team of analyst in the Radicalization and Messages Group where we worked on such issues. Trying to find indicators, reasons, motivations and clues to piece together motivations, intents and a picture of why people choose to act with violence was part of my work. These were the puzzles that I, along with some of the best and brightest minds of our security agencies, sought to unravel and unpack. It wasn’t easy to say the least. However, we have learnt from the experience of the past ten years. The techniques that we developed that enabled us to understand to rise of Islamist homegrown violent extremism can be applied to the challange that white homegrown violent extremism presents. We must also now be more honest – more than ever – that the these individuals also have connections with global transnational networks: as was the case in Christchurch, New Zealand.

By prioritizing this threat immediately, and being vigilant and consistent in the response of each of law enforcement, legal and policy, we have an opportunity to get ahead of the curve. This should not be partisan political matter. As someone who has seen this issue from a tactical, operational and strategic level, it is now the time to confront this threat and to learn from the lessons from the struggle against other forms of extremism.