Editorial: Joe Riley helped city rebuild after Hugo: ‘This is different. We will be changed’ 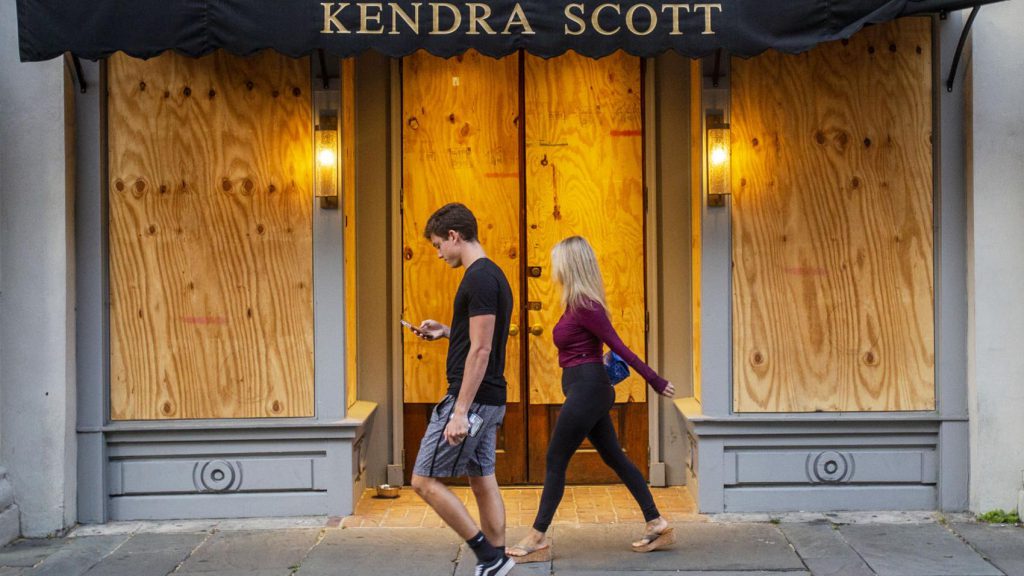 As seen in The Post and Courier, by Steve Bailey

It will surprise no one that Joe Riley is busy amid the crisis.

Working out of the same second-floor office at 13A Broad St. where he started his law practice a half-century ago, just above where his dad ran his insurance agency, The Mayor teaches his spring course at The Citadel online, like college professors everywhere. Before the crisis, he had Jill Biden in to talk with his 18 cadets; now, he gives a remote PowerPoint presentation about working with Barack Obama to get Charleston Harbor deepened.

He’s also deep in the weeds (and the tabby samples) with the architects on a 100-foot-long water feature for the International African American Museum, where the water level will rise and fall with the tides in the harbor outside, revealing an abstract of enslaved people. “It’s going to be very powerful,” he says. And then there’s still the Riley Center for Livable Communities at the College of Charleston.

If, at 77, he’s a bit clunky with the technology, he’s making do like everyone else. “It enables me to stay productive and helpful,” Riley says almost in a whisper.

But as hard as he tries to maintain some normalcy — and most important stay optimistic — there is no missing that life has changed. When he drives along Broad to his office or looks down State Street from his second-floor window, there’s no one there. The streets are empty.

“This is different. It is very isolating,” Riley says, speaking safely on the phone, not in person. “And that is hard. With Hugo, it was just the opposite. It forced people out of their homes. Everyone was out of their homes, cooking on their grills with each other. It was nourishing and helpful in a time of suffering.”

Now, it’s our civic duty to do the right thing, to stay home in the crisis, Riley says. He thinks his successor, Mayor John Tecklenburg, was “very wise” to shut down the city. The threat is just too real: Riley has already lost one good friend to the virus, Jack West, a son of former Gov. John West and a fellow Citadel graduate (Class of ’70).

After Hugo, the greatest crisis of Riley’s four decades as mayor, the buildings were wrecked but the jobs remained, and Charleston rebounded stronger than ever. Today, the buildings all over the city stand eerily silent like the calm before some fearsome hurricane, but the jobs are gone, at least for now. Seismic events accelerate change, he says, but Charleston will recover again — and sooner and stronger than most people think.

“I am an optimist,” he says. “The economy is good, and it will rebound. We will be changed; you don’t go through something like this without alterations. But the human spirit is resilient, and there is a special kindness in this community. We have seen it acted out in many ways.”

As the crisis has deepened, Professor Riley (Class of ’64) has used it to teach lessons in leadership and life, spelling them out in long weekly essays to his beloved cadets. Where to start in this class focused on the coming national election? The president’s leadership “or the lack thereof,” of course.

“The president shows a distressing lack of preparation and self-discipline,” Riley writes. “His press conferences go on from 1 1/2 to 2 hours. A good leader would present crisply, succinctly and truthfully. And his words would have more impact.”

And on and on he goes, pulling no punches. Donald Trump’s “lack of truthfulness is most alarming.” He spent too long minimizing the impact of the virus. He faults Trump for the country’s shortage of testing, ventilators and medical supplies and not being aggressive enough in invoking the Defense Production Act. For attacking the press.

“Here at The Citadel we learn that truthfulness is number one. He did not.”

In a separate essay the next week, Riley talked warmly of his friend Jack West. He concludes: “As we deal with this global deadly pandemic, we are confronted with our own mortality and we should use it as a reminder to use the life we have in the most positive way. Being alive gives you a chance to do two things every day: to be nice to people and to leave the world a better place. These are not my words, but words long ago read that I have found to be inspirational, perhaps now more than ever.”