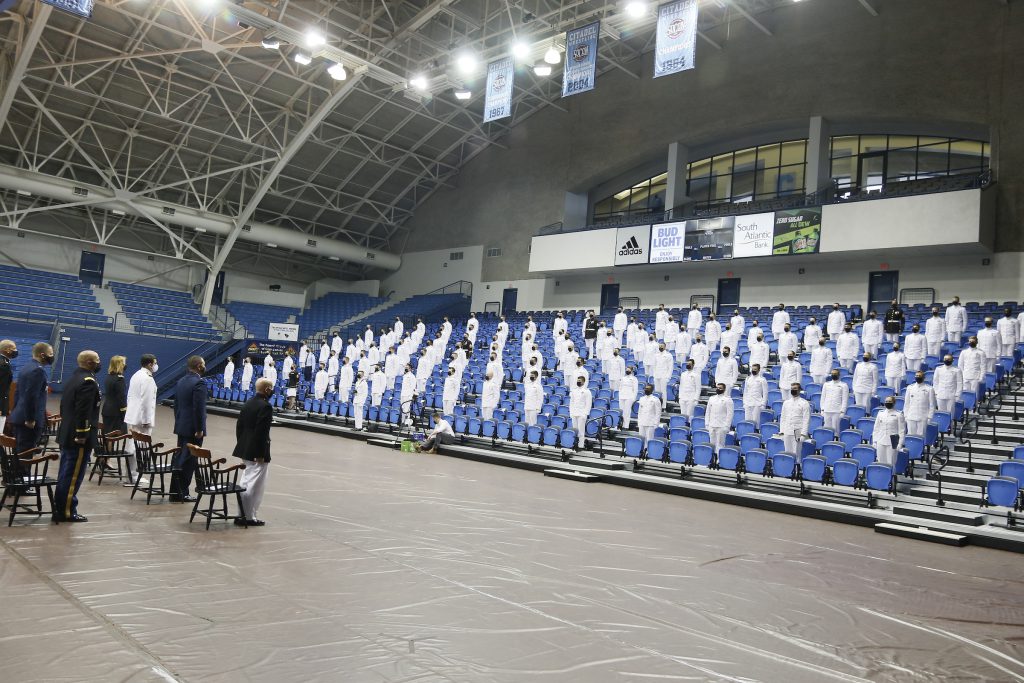 The ROTC detachments at The Citadel provide cadets with leadership training, to prepare them to begin their military careers as officers after graduation. About 30% of each South Carolina Corps of Cadets graduating class earn commissions into all branches of the U.S. Armed Forces.

Through the departments, which include Air Force/Space Force ROTC, Army ROTC, Marine Corps ROTC and Navy ROTC, The Citadel is one of the nation’s proven producers of top military leaders.

Annually, the departments nominate their finest cadets and active duty students for awards. The award recipients are normally honored as a group in McAlister Field House.

This year’s award winners are as follows:

Presented to the ROTC cadet who best exemplifies leadership, is in the 1op 10% for ROTC courses, and top 25% for all cadets academically.

Presented to the outstanding Army, Marine, Navy, and Air Force cadets based on military excellence and scholarship in their ROTC studies and activities.

Presented to an Airborne qualified MS IV.  Receives a paratrooper trophy and monetary award from the COL Benjamin Vandervoort Chapter of the 82nd Airborne Division Association..