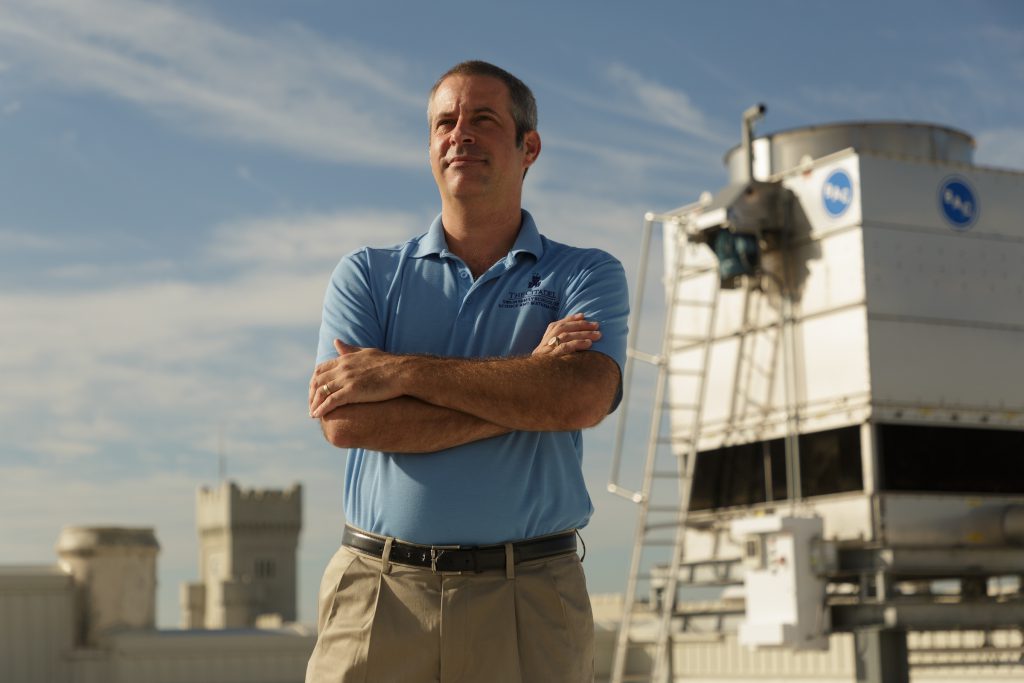 As seen in The Post & Courier
By Chloe Johnson

A new research center at The Citadel will focus on climate change — the first group dedicated exclusively to this work in the Lowcountry.

Called the Lt. Col James B. Near Jr. Center for Climate Studies, it was started with an almost $2 million donation from its namesake.

Near, an Air Force veteran, was a meteorologist and 1977 Citadel graduate who worked in the school’s physics department. He died in March, and asked that his donation be kept anonymous until after his passing.

The center will be headed by Scott Curtis, who was previously on the faculty at East Carolina University. He spent part of his career at the NASA Goddard Spaceflight Center, where he analyzed atmospheric satellite data.

Curtis’ own work has focused on large-scale phenomenon like the El Niño climate pattern and precipitation trends.

Mark Wilbert, chief resilience officer for Charleston, hailed the move, saying it will “raise the awareness from a super respected institution in the state that the climate science is real and the climate threat is real.”

Curtis said his goal for the ongoing fall semester is in part to learn about the existing research efforts in the area.

There’s already a rich scientific community in the Lowcountry. The state-funded S.C. Sea Grant Consortium provides towns with technical information about the environment, the College of Charleston’s Lowcountry Hazards Center maps flooding, and there’s a local presence from the National Oceanic and Atmospheric Administration, among others.

“The center’s already trying to get itself ingrained in what’s happening here as much as possible,” Curtis said. “We don’t want to reinvent the wheel. We don’t want to duplicate efforts.”

Curtis said there could be more to contribute to the understanding of the conditions that set up sudden, extreme precipitation, or rain bombs, that sometimes unleash flooding chaos on Charleston.

The center is designed to involve faculty across disciplines at The Citadel in climate research. For example, Curtis hopes that engineering expertise at the school will lead to work on potential flooding fixes.

The center will also focus on environmental health issues and is supporting water quality research to identify dangerous microbes and microplastics in floodwaters.

The Citadel’s new group will also focus on how a changing climate affects national security. Some military installations in the state, including the Marine Corps training base on Parris Island and Coast Guard stations in Charleston, have been flagged in the past as vulnerable to rising seas.

“Regardless of who’s in the White House and the political structure, I think the military is really taking this seriously,” Curtis said. 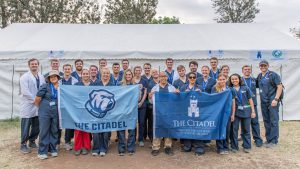 Cadets and students spend their summer serving and learning in Africa