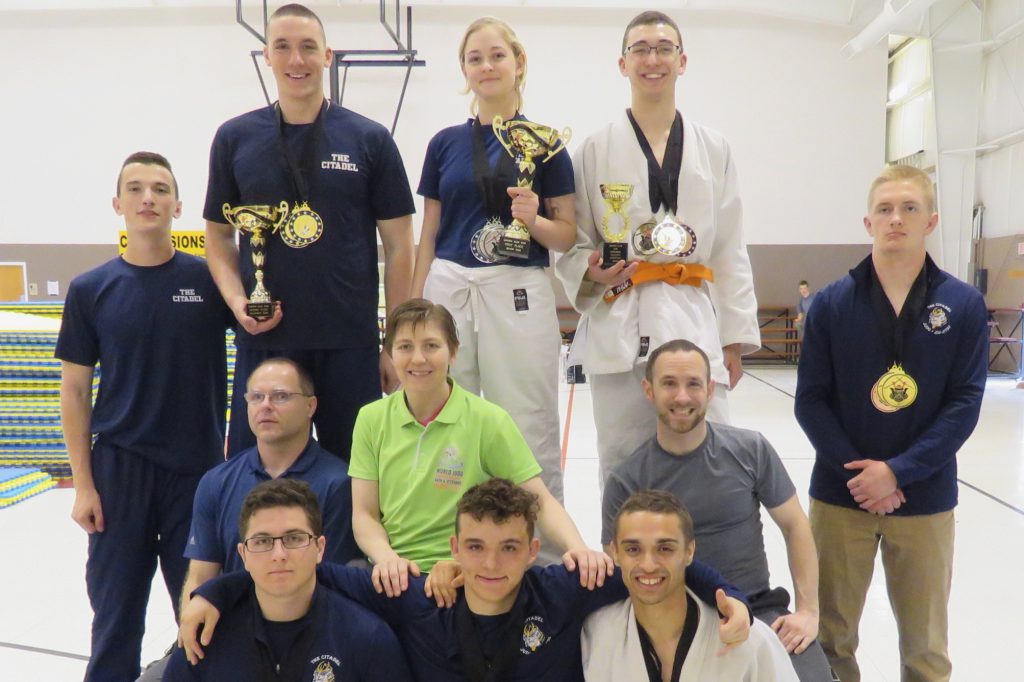 The Citadel Judo team is training for its next competition after taking first place in the senior category during the recent Southeast Regional Collegiate Judo Championships in Summerville.  The Citadel hosted tournament included junior, collegiate, and senior judo teams from the University of Florida (UF), University of Tennessee, University of West Georgia, University of Central Florida, and several others.

The Citadel beat UF’s Gator Judo in the senior category by a narrow margin of 51 to 46.  In reply, UF won the collegiate category, with The Citadel placing second.

“The Citadel Judo athletes have really developed in the past 6 months.  It is an honor to coach each one of these dedicated athletes,” said Lisa Capriotti, Ph.D., The Citadel team’s coach, 2016 World Veteran Jiu Jitsu Champion, and chemistry professor.

The team will travel to West Point for the National Collegiate Judo Championships March 23.  According to Capriotti, the team has a gofundme.com fundraiser underway, and is planning a BBQ fundraiser on campus for staff and faculty later this month to help cover the travel costs. The date will be announced later on DogNews and on the team’s Facebook page.