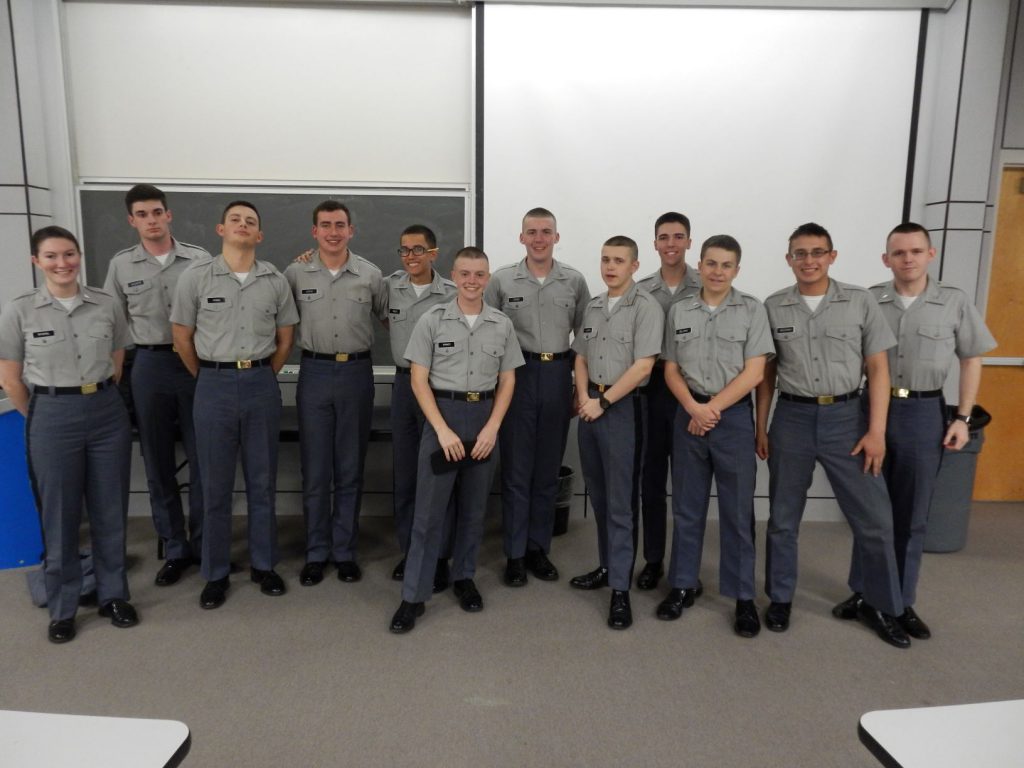 Clue: An annual event where cadets competed for vouchers to the school’s canteen and Chick-Fil-A.

Answer: What is The Math Jeopardy Contest for Freshmen?

In the first round, “Crystal Math” pulled ahead, answering question after question. In the second round, the other two teams started to catch back up, but the big prize still went to “Crystal Math” in the end.

“This year’s participants were very enthusiastic about their responses, often continuing to talk about the question after it had been answered. There were also times when there would be absolute silence as the students worked to figure out the problem before the two minute timer ran out. We had one response that lost points for a wrong answer as they forgot to phrase it as a question, but that only happened once,” said Cadet Elizabeth Spoehel, one of this year’s organizers.

The Math Jeopardy Contest for Freshmen is hosted by The Department of Mathematical Sciences. Those who compete are studying a variety of majors, ranging from Mathematics, Computer Science, Engineering and more.

The cadets who participated this year are: